Thursday, 17 February 2022
0
Robin Whitlock
The Global Wind Energy Council (GWEC) has published “Capturing Green Recovery Opportunities from Wind Power in Developing Economies”, a report that highlights socioeconomic and environmental opportunities that could be unlocked by wind energy in a group of developing economies from 2022-2026. 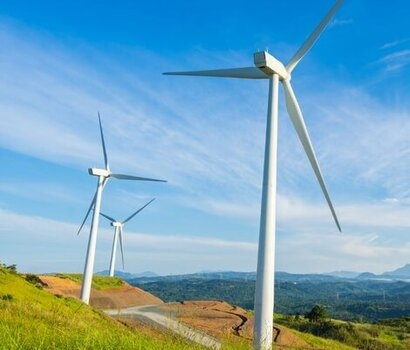 The report, written in collaboration with BVG Associates, focuses on five countries - Brazil, India, Mexico, the Philippines and South Africa - each of which face particular challenges due to COVID-19, but which have significant untapped wind energy resource that could unlock rapid economic growth under green recovery measures.

The five case studies quantify a series of impacts which would result from pursuing a green recovery strategy, where public policy shifts towards the clean energy transition to accelerate deployment of wind projects over the next five years. This approach would not only support countries on their progress to meeting energy and climate coals, but would enable them to realise a range of socioeconomic benefits from long-term job creation to cleaner air and water conservation.

The report shows the importance of clear vision and policy commitment to mobilise private investment in wind energy, and provides tailored policy and regulatory recommendations for each country. As finance ministers and central bank governors from the G20 meet in Jakarta this week to discuss sustainable finance under Indonesia’s G20 presidency, this report should serve as a rallying call for emerging economies to collectively act on accelerating renewable energy to power growth.

“The transition to clean energy is a key priority for Indonesia’s G20 presidency this year, and this report shows the scale of opportunities at stake: a transformed world delivering jobs for people, value for economies and zero emissions, helping us all reach net zero” said Ben Backwell, GWEC CEO. “Policy commitments, investment in expansion of grid and transmission infrastructure, as well as simplifying the permitting schemes for renewable energy projects are the common recommendations across each country studied in this report. Addressing these barriers proactively, in coordination with the wind energy industry and other relevant stakeholders, can support accelerated deployment of wind energy and a green recovery in emerging economies. The time for action is now, and governments need to use forums such as the G20 to turn promises, targets and ambitions into decisive interventions that provide the foundations for local communities and the private sector to make the energy transition a reality.”

The total upside for green recovery measures across the five countries examined in the report include 2.23 million full-time equivalent jobs over a 25-year lifetime of wind projects, and nearly 20 GW of additional wind power installations - enough to power roughly 25 million homes each year from 2026 onward, and potentially save the equivalent of 714 million metric tons of CO2 emissions over wind farm lifetimes.

Brazil, for example, could create an extra 575,000 jobs over wind farm lifetimes if it opted for a green recovery over a business as usual approach. The country could add billions of gross value to the economy and power millions more homes with clean energy using this approach - all while seeing a more than 40 percent reduction in carbon emissions over that time.

India could save an extra 229 million metric tons of CO2e over the lifetime of a wind farm - around 25 years - while also creating more than a million green jobs.

Mexico could more than double its projected carbon emissions equivalent saved by replacing fossil fuel generation if it pursued a green recovery approach for wind energy. This could be transformative, generating nearly one-quarter of a million new jobs and adding $3.5 billion in gross value to the economy, over a wind farms lifetime.

In South Africa the coal to clean journey - kickstarted with an $8.5bn financing package agreed at COP26 - could deliver an extra 250,000 jobs and more than $10 billion gross value added to the economy over 25 years if an ambitious green recovery is pursued. This would also deliver enormous decreases in carbon emissions equivalent, as well as save more than 50 million litres of water annually from 2026.

The Philippines could see more than $1.1 billion of gross value added to the economy, with more than 1,650 MW of wind installations completed under a more ambitious approach. Those installations would support a 70 percent increase in jobs as well as saving more than 65 million metric tons of carbon emissions equivalent.