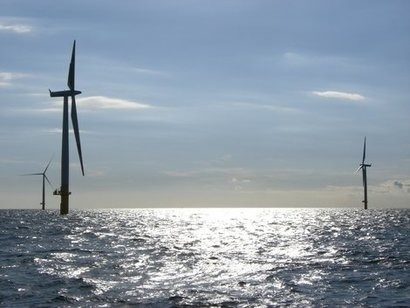 The new turbine aims to increase output in regions with annual average wind speeds below 7.5 m/s and is scheduled to begin a trial run in October at Hitachi Wind Power’s facility at the Fukashiba Wind Power Station in Kashim-aport, Ibaraki Prefecture. Should the trial prove successful, the company is aiming to release the new turbine in FY2017, along with the HTW5.2-127 – basically the HTW5.0-126 increased to 5.2 MW.

Renewable energy is becoming increasingly popular in Japan, due in part to the feed-in tariff introduced in July 2012. The country has the potential for greater deployment of offshore wind turbines with its vast areas of open sea and extensive wind resources with minimal constraints on site availability and transportation. A number of such installations are already in the planning stage.

Hitachi’s turbine systems are commanding a leading share of the Japanese wind market in terms of orders, with a cumulative total of about 250 turbines ordered, of which 118 are currently in commercial operation. In addition to the first 5 MW wind turbine that began operation at the Fukashiba facility in September 2015, the 5 MW system has also been selected for the Fukushima Floating Offshore Wind Farm Demonstration Project (Fukushima FORWARD) currently being undertaken by the Fukushima Offshore Wind Consortium. In the past, Hitachi has sought to increase the per-turbine power output by developing a 2 MW wind turbine for regions with light winds, and by adding a 2.5 MW turbine to its product range.

The company has increased the rated power of the new HTW5.2-136 5MW-class wind turbine to 5.2MW by optimising its setup and its control programmes and has also made it possible to increase output in light-wind regions with an annual average wind speed below 7.5 m/s by increasing the rotor diameter to 136 metres, thereby enlarging the wind swept area by 15 percent more than the previous model. In the future, Hitachi intends to market the HTW5.2-136 for use in light-wind regions along the coasts of Honshu, the main island of Japan.

Hitachi also plans to market the HTW5.2-127 for use at windier sites, such as the coasts of Hokkaido, northern part of the Tohoku region on Honshu, and southern Kyushu, which require wind turbines with the ability to withstand stronger winds. The rated power of the HTW5.2-127 has also been increased from that of the previous HTW5.0-126 model by optimising its setup and its control programmes. The technologies for offshore turbines offering excellent cost performance and reliability used in the HTW5.2-136 and HTW5.2-127 draw on work undertaken through a project funded by the New Energy and Industrial Technology Development Organization (NEDO).

Hitachi now has a range of wind turbine generator systems covering the 5 MW, 2.5 MW, and 2 MW classes and has also established the infrastructure for handling everything from development to design, fabrication, sales, and maintenance. In addition, the wind turbines in the 5 MW and 2 MW classes have a downwind configuration unique to Hitachi that reduces the wind load by orienting the rotor downwind of the tower where it is not subject to crosswinds, even when generation is halted due to high winds. This configuration is expected to improve safety and reduce the cost of installing foundations or floating platforms when used for either fixed or floating offshore wind turbines. The company plans to take advantage of this feature to market the systems overseas in Taiwan and other Southeast Asian locations that face difficult environmental conditions and are prone to typhoons like Japan. 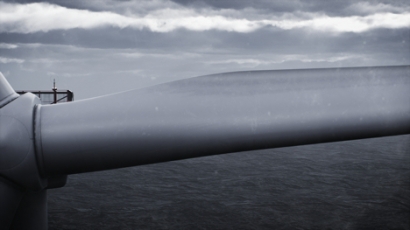 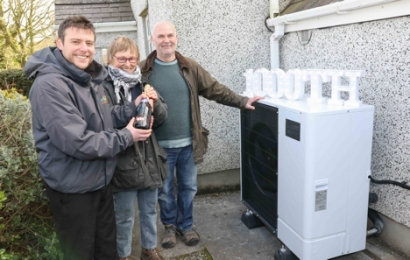