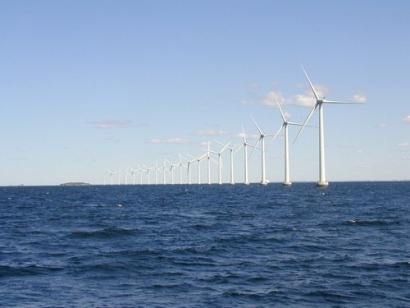 The European wind energy company Vattenfall and Infratil, owners of Manston Airport in Kent, believe they have now successfully overcome concerns about a wind farm’s potential effects on the airport’s radar system.

Vattenfall is currently engaged in developing the Kentish Flats Extension (KFE) and the company has been working closely with Infratil for the last 18 months in order to develop a mitigation scheme for the 17-turbine project, worth more than £150 million. Vattenfall announced recently that it had contracted C Speed, a radar specialist, to install its LightWave radar at the airport and provide seamless integration with the Thales Star 2000 system currently used there. The LightWave system has now been in place since December 2012 and is now fully integrated. Further testing will be carried out as part of the safety case and approval process over the next few months but the excellent results observed to date, together with a range of other mitigation measures, has allowed the specific planning condition governing this issue to be discharged by the UK Government’s Department of Energy and Climate Change.

“Step by step Manston Airport and Vattenfall have developed and implemented a solution which we believe will mitigate the effect of the wind farm on the Thales radar system at Manston Airport” said Goran Loman, Vattenfall’s Project Manager for the Kentish Flats Extension. “This was a condition of the Government’s consent decision earlier this year. This is a huge step for the renewable energy and aviation industry. It is an excellent example of the two industries working together to overcome some challenging technical difficulties to support the delivery of the UK’s renewable energy ambitions.”

The CEO of Manston Airport, Charles Buchanan, added that the airport is proud to be in the vanguard of efforts to solve the wind farm clutter problem.

“The measures agreed to mitigate the Kentish Flats Extension are highly innovative” Mr Buchanan said,  “and the learning through implementation and approval will no doubt benefit the wider aviation and windfarm industry stakeholders.”

According to Jon Arden, MD of Osprey, the company that is project managing the delivery of the radar solution, the task of solving this problem was one of the most challenging issues regarding radar that the company has had to face, requiring the development of the first ever safety case for a bespoke mitigation system.

Vattenfall has not yet taken a Final Investment Decision on the KFE, however, an effective solution to the radar issue was a prerequisite to any final decision on the matter.