Tuesday, 01 February 2011
0
Toby Price
While onshore wind farm activity in long-standing markets such as Spain and Germany slows, Latin America’s onshore wind sector is buzzing, with a score of recent milestones being reached. Mexico has seen considerable activity, joined by Argentina and Venezuela among others. 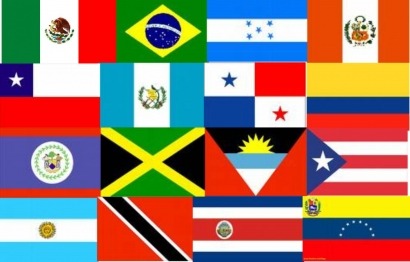 Just last March, Mexico’s President Felipe Calderón inaugurated the Rumorosa I Wind Farm in Baja California, which currently contributes 80% of the energy required by the public lighting system in Mexicali. Now, the government of Baja California has been reported to have announced that it plans to extend the 10-megawatt (MW) facility this year by building La Rumorosa II, with a capacity of 20 megawatts.

Meanwhile, David Muñoz Andrade, Director of the State Energy Commission of Baja California, said in mid-December that plans were underway for at least five more wind farms in the Mexican state with a total capacity of just over 2,600 MW.

Elsewhere in Mexico, the Secretariat of Ecology and Environmental Management of San Luis Potosi and Mexican company Mase Energy are talking about the installation of a wind farm in the state that will cost $100 million. The proposal involves the installation of 12 wind turbines over an area of 90 hectares. 50% of the cost of the 30-MW wind farm will be funded by the European Union.

Mase Energy chose San Luis Potosi, since this is the third Mexican region with high potential for wind power generation because it can generate up to 500 MW. In Tamaulipas, the average is 700 MW and in Oaxaca 2,500 MW. The San Luis Potosi wind farm will begin operations in 2013.

The Spanish energy company, Iberdrola, also inked out a deal during the World Economic Forum 2011 in Davos (Switzerland) to invest $365 million in Mexico to construct further wind farms.

Heading south, the first wind farm in Venezuela has tentatively started producing electricity, Developed by Spanish company Gamesa and the state-run Petroleos de Venezuela (PDVSA), the wind farm was built last June in the semi-desert of La Guajira, Zulia state, near the border with Colombia, On completion in the first half of 2011, the 24-turbine wind farm will have an installed capacity of 30 MW.

In this region of La Guajira plans have been submitted to progressively install 400 MW, with the aim of reaching the "optimum use of potential," as announced by the Renewable Energy Division of the Ministry of Energy and Petroleum of Venezuela.

Meanwhile, further south in Argentina, the government in Buenos Aires is undertaking wind farm projects for large-scale exploitation of the country's high wind resources. Argentina is considered an ideal place for wind energy, though large areas suffer from chronic electricity shortages. Indeed, in almost 70% of the country winds register average speeds exceeding 6 metres per second, while in Central and southern Patagonia, where winds are also very regular, the average speed ranges between 9 and 12 metres per second.

There are already 32.2 MW of wind power installed in the country, including the Arauco wind farm, which comprise twelve 2.1-MW wind turbines. Late last year, Impsa won a contract to double the capacity of this facility to 50 MW.

The government in Buenos Aires has been planning for some time to diversify the energy mix, focusing on the huge wind potential, of which a very small amount has been untapped up to now. The immediate target aims at meeting 8% of the electricity demand from renewable sources by 2016.

In this context, a new law was enforced in 2009 to promote renewables and last year, tenders were launched for 754 MW, mostly from wind power. 21 wind power companies submitted 51 wind farm projects to be approved, while local manufacturing firms are working - as explicitly requested by the Government - to enhance the local know-how, in order to gradually reduce the need for imported products.

In the meantime, the enlargement of the Arauco wind farm (in the country's north-west, near the Chilean border) from current overall 25 MW to 50 MW has been approved, while near Mayor Buratovich (Buenos Aires ), two 50 MW and 60 MW wind farm plants have been granted permits.

Neighbouring Uruguay has just successfully completed a new round of wind power tenders. Ramón Méndez, Director for Electrical Energy of Uruguay's state-controlled power company UTE, said that the fact that 21 valid offers for wind farm projects had been received – and ten of those proposed a sale price to the company of under $91 per megawatt hour (MWh) – was an "outstanding" result, and a price "substantially below" that of the last tendering exercise, indicating that Uruguay’s wind power sector is maturing, bringing costs down.

UTE's current call for tenders specified wind farms ranging from 30 to 50 MW of generating capacity. The lowest offer was for a wind farm in Maldonado ($80/MWh) followed by two others – one in Maldonado, the other in Lavalleja – at $83/MWh. The 21 projects presented are spread across eight of the country's departments: Maldonado, Lavalleja, Tacuarembó, Cerro Largo, Flores, Florida, San José and Montevideo.

Mr. Méndez added that in the summer of 2015 there would be "nights with the wind blowing when 70% of electric power consumption would come from wind power". The Uruguayan government's target is to reach 500 MW of renewable generating capacity by 2015.

Heading away from the mainland, Santo Domingo, the capital of the Dominican Republic, will soon host two wind farms generating clean wind energy. The wind turbines and other parts that have already reached the port of Cabo Roja located in southwestern Pedernales province will be transferred to Juancho for assembling. The Cobra Energía-manufactured wind turbines are destined for Los Cocos and the nearby Quilvio Cabrera wind farms, which will boast 19 wind turbines with a capacity of 33.5 MW.

The local power companies Punta Cana-Macao and EGE Haina have invested around $100 million in the wind farm projects, which they claim will generate enough electricity to power 33,000 homes on the island. The wind farms are expected to become operational in the middle of this year.

Finally, Cuba has also announced that its Gibara II wind farm in the province of Holguin began operating at full capacity recently. The six-turbine wind farm has an installed capacity of 4.5 MW and takes advantage of wind speed of more than four metres per second.

The Gibara II wind farm joins three other wind farms on the island (Gibara I, Cayo Coco and the Isle of Youth), helping Cuba to reduce its dependence on diesel for power generation.