Monday, 17 June 2013
0
Robin Whitlock
The Ciuteliai wind farm in Lithuania is the country’s largest wind energy project with a capacity of 39.1MW 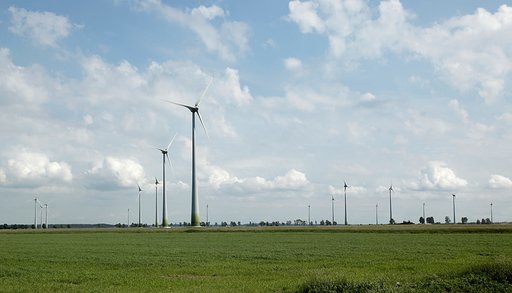 Nelja Energia has opened Lithuania’s largest wind farm at Ciuteliai, some 15 kilometres north of  Šilutė and  19km east of the Baltic Sea coast. It consists of 17 wind turbines in total with a capacity of 39.1MW. The facility was actually completed in 2012 and is expected to generate 108GWh of electricity annually, enough for 27,000 households.

The company has invested around €57.5 million in the development of the wind farm which covers a total area of 800 hectares. The wind turbines themselves are manufactured by the German company Enercon GmbH and each turbine is 108 metres tall with a rotor diameter of 82 metres.

“The recently completed wind park will make a significant contribution to the Lithuanian renewable energy development” said Martin Kruus, the Chairman of the Board at Nelja Energia. “We are currently planning onshore wind farms in Latvia and Lithuania, there are about 170 MW wind energy under development in these countries. In Estonia the volatile energy policy in recent years has made new investments into onshore wind farms extremely difficult.”

Nelja Energia is based in the Estonian capital of Tallinn and is the largest wind energy company in the Baltic States. Its total capacity is 223MW of which 79MW are located in Lithuania generating some 35 percent of the company’s capacity and helping to reduce the country’s dependence on Russian electricity. This figure is expected to grow to 42 percent during 2013. The company’s main focus has been developing onshore wind farms in Latvia and Lithuania but in Estonia its main effort is directed towards offshore wind energy, primarily by developing the Hijumaa offshore wind park.