Tuesday, 22 January 2019
0
REM
A portfolio of just over 200MW of operational and pre-construction onshore wind projects in Sweden and Finland has been added by NTR to its NTR Renewable Energy Income Fund II, for which a fundraising first close was recently announced. 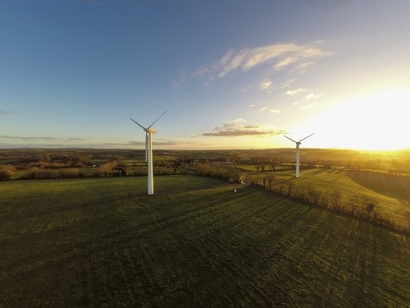 The portfolio comprises three operational projects totaling 94MW and one advanced stage development cluster totaling 108 MW potential capacity in southern Sweden. Total capital investment, including the build out of the development cluster, is expected to be in excess of €180 million. NTR acquired the portfolio projects, called Vindin, from a consortium of nine Swedish industrial companies.

“Sweden and Finland represent exciting new geographies for the fund, each having ambitious renewable energy targets and a stable economic outlook;” said Manus O’Donnell, Chief Investment Officer of NTR. “This portfolio of projects provides an attractive mix across the development life-cycle, in line with our fund’s strategy to complement projects in development with those already up and running.”

The three operational projects, Trattberget (69MW) located in the Örnsköldsvik municipality in northern Sweden; Skutskär (10MW) based at the Swedish town’s port in Medora Bay; and Svalskulla (15MW), located in the Ostrobothnia region of Finland, came into operation at various dates between 2009 and 2014. NTR expects to bring the development project cluster, Norra-Vedbo, into operation in 2021.

NTR will put in place long-term power price contracts for the Swedish projects. Svalskulla, the 15MW project located in Finland,  benefits from the Feed-In-Tariff program supported by the Finnish Government. The projects will be financed with project finance debt.

This transaction follows two recent announcements by NTR, where just under 55MW of solar and wind projects in the UK and France respectively have been acquired by the company for its NTR Renewable Energy Income Fund II.

NTR Renewable Energy Income Fund II is NTR’s second sustainable infrastructure fund, which invests in both pre-construction and operational onshore wind and solar projects across a number of European markets, together with energy storage assets that are associated with the wind and solar projects owned by the fund. Targeting a fundraise of €500 million, NTR recently announced successfully securing first close commitments of €229 million.