Tuesday, 21 December 2021
0
REM
A £235 million early investment package to support the renewable energy supply chain in Scotland has been announced by Aker Offshore Wind and Ocean Winds as part of their proposal to transform the country into a green industrial powerhouse. 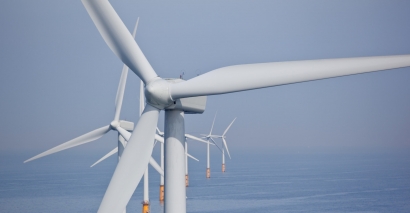 The financial package is included in the joint Ocean Winds and Aker Offshore Wind ScotWind bids which would build supply chain capability many years ahead of the introduction of new floating offshore wind fields in Scotland’s deep waters.

By creating ‘first mover advantage’, Aker Offshore Wind believes Scotland can become one of the first countries in the world to introduce floating wind at an industrial scale.

The early investment package of £235 million for every successful bid would help deliver the ‘just transition’ from fossil fuel industries by generating thousands of new jobs and economic opportunities, as well as enabling Scotland to drive down the costs of clean energy through industrialization of new technology.

Floating offshore wind is the latest advent in renewable energy, involving giant turbines much further away from land than at present.

Around 80% of the world’s wind resources are in waters deeper than 60 metres and are unsuitable for traditional fixed foundations, with floating turbines opening up major new energy resources.

As part of a consortium, Aker Offshore Wind has submitted proposals for up to three sites in the Outer Moray Firth with the possibility of generating a combined 6GW of wind energy in total as part of the ScotWind leasing programme, with associated total spend of up to £15billion for all three sites.

Through direct work and supply chain opportunities, each proposal is estimated to generate more than 5,000 jobs and 200 apprenticeships in Scotland across all project stages.

There would also be extensive investment in Scotland’s existing ports and harbours, as well as innovative new subsea technology – a particularly key capability of our existing Scottish supply chain.

More than 30 Memorandums of Understanding (MoUs) are now in place across the supply chain in support of the bids and the early action needed.

There is a commitment to 60% local supply chain content from the UK, of which 40% minimum content will come from Scotland.

This will deliver globally-competitive facilities in Scotland for the fabrication and assembly of floating platforms.

An immersive virtual reality design of a fabrication yard has already been developed in conjunction with the National Manufacturing Institute Scotland at the University of Strathclyde as part of our early investment process.

Aker Offshore Wind and its partners can move at speed to support the development of the Scottish supply chain because the companies have already identified which technology they plan to use at floating offshore wind sites: the ‘WindFloat’ developed by Principle Power Inc (PPI) and which has already been in operation for over 10 years with local fabrication as part of its delivery.

Separately, Aker Offshore Wind is the lead industry partner in a major project to develop wind turbine blade recycling in Britain for the first time, backed by a £2million UK Government grant.

Sian Lloyd-Rees, managing director of Aker Offshore Wind UK, said, “Building on our 180-year industrial heritage, we know early investment is needed if we want Scottish capability to be built ahead of the project execution phase when globally competitive tenders are sought.
"Scotland can be one of the first countries to develop floating wind at scale.

“If we focus on what our supply chain needs and provide it now, we can capture first mover advantage for our supply chain in a number of different technologies and solutions. That’s why we are committed to an enabling investment fund of £235million.

“A just transition requires we put the effort in early to work out what a healthy and growing supply chain needs. This is the cornerstone for the just transition ambition of Scotland and will ensure we deliver clean energy affordably.”