Friday, 16 January 2015
0
Robin Whitlock
A report by ocean advocacy group Oceana has found that offshore wind would produce twice the number of jobs and energy as offshore drilling in the Atlantic Ocean. 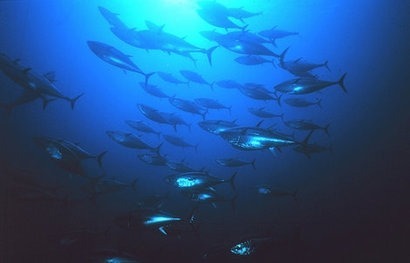 The report, entitled Offshore Energy by the Numbers, An Economic Analysis of Offshore Drilling and Wind Energy in the Atlantic, challenges recent claims by the US oil and gas industry that opening the East Coast to offshore drilling will deliver energy independence, generate millions of dollars in revenue and create thousands of jobs. Oceana’s analysis finds instead that the industry projections are possibly exaggerated by the inclusion of oil and gas resources that are not economically recoverable, thereby inflating the potential benefits. The estimates also rely on a state revenue-sharing system that does not, at present, exist.

“Our report compares economically recoverable oil and gas development to conservative estimates of offshore wind development to allow an ‘apples-to-apples’ comparison of the energy and jobs that would be created by each source” said Andrew Menaquale, report author and energy analyst at Oceana. “The American public deserves to know the facts when it comes to expanding this dirty and dangerous practice to the East Coast, and what alternatives there are for clean energy generation.”

The Oceana report also finds that offshore oil and gas development along the Atlantic could potentially jeopardise some of the nearly 1.4 million jobs and over $95 million of GDP from healthy ocean ecosystems, particularly fishing, tourism and recreation. Oceana says that the threats from offshore drilling could begin even before the first rig was deployed, due to the proposed use of seismic airguns that generate dynamite-like blasts in the search for oil and gas deposits below the ocean floor over an area twice the size of California from Delaware to Florida.

Mr Menaquale added that, based on the government’s own estimates, seismic blasting in the Atlantic could harm fish populations while also injuring around 138,000 marine mammals such as whales and dolphins and disturbing the vital activities of as many as 13.5 million more. He said that American elected officials are being blinded by imaginary short term profits instead of considering the real opportunity offered by offshore wind.