Wednesday, 14 November 2018
0
REM
Royal Caribbean Cruises has signed an agreement with Southern Power, a subsidiary of Southern Company, for Southern Power’s 200-MW Reading Wind Facility. This initiative, which will offset up to 12 percent of Royal Caribbean’s emissions beginning in 2020, is the latest addition to the company’s extensive sustainability efforts, which include programs to reduce greenhouse gas emissions through innovations at sea and in port. 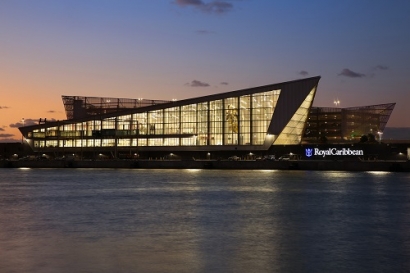 The facility is anticipated to generate roughly 760,000 MWh per year over the duration of the 12-year agreement, which translates to enough energy to offset approximately 10-12 percent of Royal Caribbean’s annual carbon emissions starting in 2020. With this innovative program, Royal Caribbean is able to apply a new approach while continuing its primary initiatives to advance sustainability efforts across the company’s fleet.

Royal Caribbean has a longstanding commitment to environmental stewardship which the company expanded in 2016 to set ambitious and measurable goals to reduce the company’s environmental footprint. In addition to the agreement with Southern Power, Royal Caribbean is also employing several technologies and innovations to reduce greenhouse gas emissions and create more efficient vessels, including: