Monday, 14 November 2022
0
Siemens Gamesa has teamed up again with Swedish developer OX2 for another wind project in the country, using some of its most powerful onshore wind turbines, located in the municipality of Ljusdal. 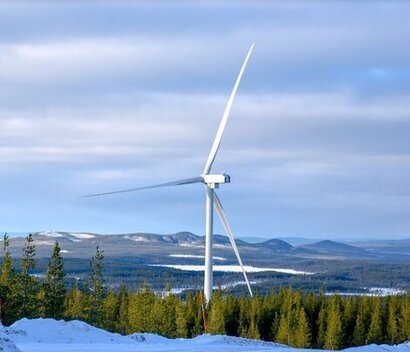 The 70 MW Riberget wind project will be equipped with 11 of its SG 6.6-170 wind turbines, using a hub height of 115-metres to best capitalise on wind speeds in the area. The platform features one of the largest rotors in the onshore landscape, providing customers with a competitive Levelised Cost of Energy (LCoE). Once the installation works are complete, Siemens Gamesa will be covering all maintenance services for the wind farm, with a 35-year service agreement in place.

The Riberget wind farm builds on several others that Siemens Gamesa has collaborated on with partner OX2 since 2010 which total over 600 MW. The project is due to be commissioned in late 2024. When installed, the wind turbines will provide enough electricity to power over 60,000 homes. Around three million trees would also need to be planted to offset the amount of CO2 savings that the project would avoid, equivalent to 185,000 tons.

“We are pleased to collaborate with OX2 once more to develop ever more competitive clean energy in Sweden” said Clark MacFarlane, CEO of Siemens Gamesa’s Onshore Northern Europe and Middle East operations. “We only expect this partnership to grow stronger in coming years as both companies strive to meet lofty renewable targets set across the Nordics and beyond.”

The Siemens Gamesa 5.X platform has now sold over 4.5 GW since its launch, with 2.4GW coming from Sweden, highlighting how the Nordic countries once again lead in their early adoption of pioneering renewable technology.

In early October, Siemens Gamesa introduced an additional member to its 5.X platform, the SG 7.0-170, which offers a rated capacity of up to 7 MW.