Friday, 05 October 2018
0
Robin Whitlock
Siemens Gamesa will supply 26 of its SG 3.4-132 turbines to Enel Russia’s Azovskaya wind farm under the preliminary agreement signed with Enel in 2017 for 291 MW at two Russian wind farms. 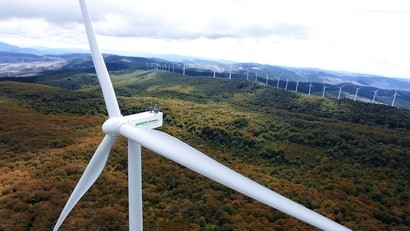 The agreement includes delivery, installation and service for the turbines at the Azovskaya wind farm, located in southern Russia, which is due to be commissioned in 2020. The project will contribute to the country’s targets to develop local renewable energy resources and a local wind energy industry. Part of the turbine components will be locally procured and assembled, in fulfillment of various localisation requirements.

“We are excited to report this milestone as part of our market entry in Russia and we appreciate the trust from our key account client Enel” said Steven Pryor, Onshore CEO for North Europe and Middle East at Siemens Gamesa Renewable Energy. “This first contract comes in parallel with our ongoing activities for localisation of nacelle assembly and local component sourcing”.

Russia has not yet developed large-scale commercial wind energy generation and most of its current wind energy production is concentrated in rural areas with low population densities, making connection to the main energy grid somewhat difficult. Russia’s total potential wind resources have been estimated at 80,000 TWh per year. Most of this is in the southern steppes and in coastal areas. The low population density in these areas means there is little existing electricity infrastructure in place, making development of these wind resources difficult.

Siemens first announced plans to build wind farms in Russia in 2010, following a visit to the country by German Chancellor Angela Merkel. The Russian Association of Wind Power Industry (RAWI) is the sole trade association representing wind in Russia, registered in 2004 in order to assist the development of wind farms in the country.