Wednesday, 09 December 2020
0
Robin Whitlock
American clean energy companies added the fewest number of jobs in November in the US since unemployment peaked in May, as COVID-19 cases and shutdowns surged to their highest levels since the pandemic first hit. 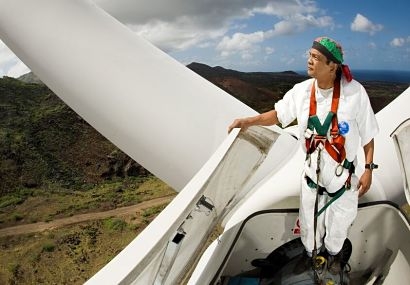 Fewer than 8,000 jobs were added by US clean energy businesses in November, leaving more than 446,000 (13 percent of the sector’s workforce) unemployed heading into the holidays, according to the latest analysis of federal unemployment filings prepared for E2 (Environmental Entrepreneurs), E4TheFuture and the American Council on Renewable Energy (ACORE) by BW Research Partnership.

According to the monthly report, seven out of 10 clean energy workers who lost their jobs since the beginning of the crisis remain out of work. With November’s meagre job growth, employment in clean energy - once the nation’s fastest-growing job sector - has grown by less than half a percent four of the last five months.

The dismal jobs outlook comes just as the Investment Tax Credit (ITC) is scheduled to decline to 22 percent, and the Production Tax Credit (PTC) is scheduled to phase out completely at the end of the year. Without congressional action on these key tax policies in the next three weeks, clean energy businesses will face declining federal support on top of rising COVID cases and closures.

“If Congress fails to include targeted clean energy stimulus before the end of the year, the sector will face a terrible trifecta: rising COVID closures, declining job growth, compounded by the automatic weakening of federal support” said Sandra Purohit, Advocacy Director at E2. “Now is the time to bolster the job-creating power of clean energy, not undercut it.”

Pat Stanton, Policy Director for E4TheFuture, added that it is alarming that the already anaemic recovery for clean energy workers has worsened now, with an even smaller rate of job growth in November and that the situation for energy efficiency professionals is particularly worrisome, as this group continues to bear the most job losses. Efficiency jobs are down by more than 314,000 compared with January 2020 numbers. If this had been a normal year, the efficiency sector would have added more than 39,000 jobs since March.

No clean energy sector grew by more than 0.3 percent in November. Energy efficiency had the highest total job growth, adding 5,400 jobs. It was followed by renewable energy (1,348) and clean vehicles (646).

Forty states and the District of Columbia still suffer double-digit unemployment in clean energy, with five states experiencing unemployment of 20 percent or more. Georgia continues to have the highest rate, with over 30 percent of its clean energy workforce still unemployed, followed by Kentucky at 28 percent. In November, North Carolina had the sector’s highest growth rate - a mere half a percent -  while California again saw the largest total increase in jobs with 1,700 positions added (0.4 percent). Florida, Illinois, New York, North Carolina, and Texas all added more than 300 jobs, while 30 states and the District of Columbia added fewer than 100 each.

The data analysed for this report did not include workers who had their work hours slashed and are now significantly underemployed.

Before COVID-19, nearly 3.4 million Americans across all 50 states and the District of Columbia worked in clean energy occupations, including renewable energy, energy efficiency, grid modernisation, clean vehicles and fuels. That’s more people than work in real estate, banking or agriculture in the US, and three times the number of Americans that worked in fossil fuels, according to E2’s Clean Jobs America report.

This unemployment analysis expands on data from the 2020 U.S. Energy and Employment Report (USEER) produced by the Energy Futures Initiative (EFI) in partnership with the National Association of State Energy Officials (NASEO), using data collected and analysed by the BW Research Partnership. The report was released in March 2020 and is available at www.usenergyjobs.org. It included surveys of thousands of employers and projected more than 175,000 clean energy jobs would be added by the end of 2020.

E2 and E4TheFuture are partners on the annual USEER, the fifth installment of the energy survey first released by the Department of Energy in 2016 and subsequently abandoned under the Trump administration. The two organizations also published Energy Efficiency Jobs in America on November 18, 2020 with a comprehensive set of state-level data.