Thursday, 18 October 2018
0
REM
With the United States being pummeled over the last couple of years with several high-category, high-damage hurricanes, the University of Delaware's Cristina Archer recently published a paper that discovered an unexpected benefit of large-scale offshore wind farms: they lessen the precipitation caused by these devastating storms. 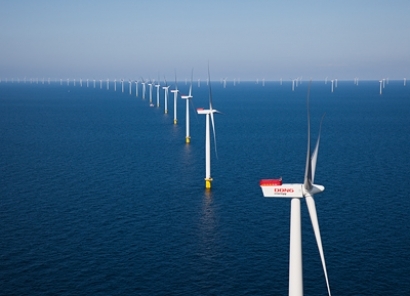 Archer, professor in UD's College of Earth, Ocean and Environment and the Wind Power Associate Director of the Center for Carbon-free Power Integration (CCPI), worked with Yang Pan and Chi Yan, both former doctoral students of Archer's while at UD, on the paper that was recently published in the Environmental Research Letters journal.

The researchers used Hurricane Harvey as an example because it brought possibly the heaviest rain ever recorded in United States history to the Texas coast and caused unprecedented flooding.

Unlike Hurricanes Katrina or Sandy, for which storm surge was one of the biggest problems, Hurricane Harvey flooded Houston because of the amount of rain that it dropped on the city.

Archer explained that wind farms can help mitigate the precipitation by affecting two large factors that cause precipitation: wind convergence and divergence.

The strong hurricane winds slow down when they hit wind turbines, which is an effect known as convergence and enhances precipitation.

This leads to increased precipitation because when the winds converge at a point on the surface, they have no other place to go except up, and that vertical motion brings more moisture into the atmosphere.

Using the accident on the freeway metaphor again, Archer said that divergence is similar to what happens when cars finally get past the accident: everybody speeds up.

"Divergence is the opposite effect. It causes downward motion, attracting air coming down, which is drier and suppresses precipitation. I was wondering what if that would also happen when there is an offshore farm?" said Archer.

In numerical simulations with a model domain set up to cover the coast of Texas and Louisiana, Archer found there would be regional convergence before the storm hit the hypothetical farms, which would "squeeze out" precipitation before getting close to the coast. Past the farms, there would be divergence, which suppressed the precipitation further.

"By the time the air reaches the land, it's been squeezed out of a lot of moisture. We got a 30 percent reduction of the precipitation with the Harvey simulations," said Archer. "That means, potentially, if you have arrays of offshore turbines in an area where there are hurricanes, you will likely see a reduction in precipitation inland if the farm is there."

The study used a number of hypothetical turbines ranging from a control case that used 0 to a maximum of 74,619, a number that Archer stressed was out of the realm of possibility in the near future. The United States currently has just five offshore wind turbines, but in Europe, where the industry is more developed, there are offshore wind farms with more than 100 turbines, which Archer said she would consider a normal number for an offshore wind energy project.

Still, with this study showing that offshore wind farms can be of benefit to coastal communities not just by providing clean energy, but also by reducing the effects of hurricanes, Archer said that she is hopeful the numbers will increase in the future.

"The more wind farms you have, the more impact they will have on a hurricane," said Archer. "By the time a hurricane actually makes landfall, these arrays of turbines have been operating for days and days, extracting energy and moisture out of the storm. As a result, the storm will be weaker.Literally."

Information provided by the University of Delaware