Wednesday, 31 August 2011
0
REM
Wind power was the largest contributor of new power capacity contracted at Brazil’s two power auctions this month. Out of a total of 3.9 GW of contracted projects, 1,922 MW went to wind power developers in the A-3 and Reserve auctions. 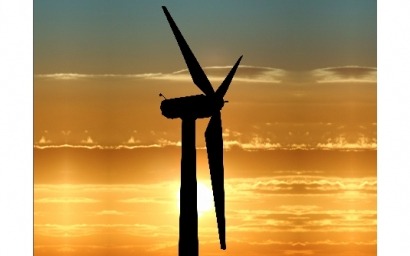 The new contracts bring Brazil’s pipeline for wind farms under construction up to 5,175 MW, in addition to the 1,120 MW currently in operation in 55 wind farms. “This auction confirms the aggressive approach wind power developers take to building projects in Brazil. The tender was considered as a major test of the long-term viability of Brazilian wind power, and the outcome shows that this test was passed brilliantly,” said Ricardo Simões, President of the Brazilian Wind Energy Association ABEEólica. “Wind power is proving a competitive and commercially viable power generation option in Brazil.”

“Brazil is a sleeping giant in terms of wind power, but it is waking up,” said Steve Sawyer, Secretary General of the Gloabl Wind Energy Council (GWEC). “The country has a great potential, and thanks to the government’s auctions, we expect that close to 7,240 MW of wind power could be operating in Brazil by 2015.”

The results of the auctions were published in the run-up to the Brazil Windpower 2011 Exhibition and Conference, which is due to take place in Rio de Janeiro starting today and running until Friday 2 September 2011.

Brazil Windpower 2011 will also see the publication of a new study entitled “An analysis of the regulatory framework for wind power generation in Brazil”, a collaboration between ABEEólica and GWEC. This study provides an in-depth analysis of the Brazilian wind energy market. It evaluates the effects of the regulatory approaches to date, analyses the market and the industry, pinpoints remaining obstacles and challenges, and provides recommendations for legislative improvements.