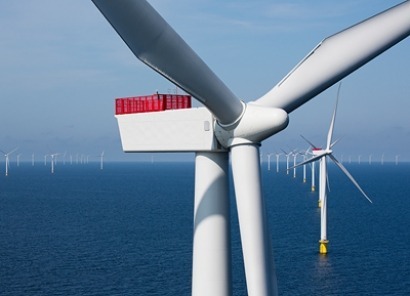 The Westermost Rough project, located off the coast of Yorkshire, is still in the early stages of construction. It will utilise Siemens next generation 6MW direct drive turbines which are almost twice the size of the majority of wind turbines currently operating in UK waters. It is the first time these turbines will be commercially deployed in the UK and the first time that BIB has taken construction risk in an investment. Once operational, Westermost Rough will generate over 800GWh of renewable electricity, equivalent to the electricity consumption of around 200,000 homes, a city the size of York.

GIB has also agreed to acquire a 10 percent stake in the Gwynt y Môr offshore wind farm from RWE Innogy, located off the coast of North Wales and in the late stages of construction. The purchase price is £220 million. Gwynt y Môr is the largest offshore wind farm under construction in Europe and will generate over 1,700 GWh of net renewable electricity each year upon completion. This is equivalent to the electricity consumption of around 400,000 households or a city the size of Bristol.

Proceeds from both sales are expected to be reinvested back into UK renewable energy projects.

“The UK has ambitious plans to build on its position as a world leader in offshore wind” said Shaun Kingsbury, Chief Executive, UK Green Investment Bank. “We have two roles to play in supporting those plans. Firstly, to directly invest to help developers recycle their capital into the next wave of new renewable energy projects. Secondly, to invest on fully commercial terms to create a demonstration effect which others will follow. DONG Energy's Westermost Rough wind farm is a critical project in the development of the UK's offshore wind sector. For the first time we will see the commercial deployment of a 6 MW wind turbine, almost double the size of the typical existing turbines. This is an important step in reducing the costs of offshore wind construction and power generation.”

The investments are part of a GIB-led strategy to mobilise capital into the UK offshore wind industry thereby helping developers to refinance part of their investments in developed projects and ensuring that the industry is able to deliver the next round of new projects.

“The Bank has now invested well over £600 million in five offshore wind farms and mobilised £1.3 billion of total funding” said UK Business Secretary Vince Cable. “This industry has the potential to generate thousands of new skilled jobs and billions in business investment.”

Samuel Leupold, Executive Vice President, DONG Energy Wind Power, added that the agreement with Marubeni and the UKGIB is a major step for DONG Energy's partnership model and a vote of confidence in DONG Energy's ability to manage and execute offshore wind construction projects and to deploy new technology.