Wednesday, 25 March 2015
0
Robin Whitlock
The US Bureau of Ocean Energy Management (BOEM) has approved a plan to develop a grid-connected, 12 MW offshore wind test facility off the coast of Virginia. 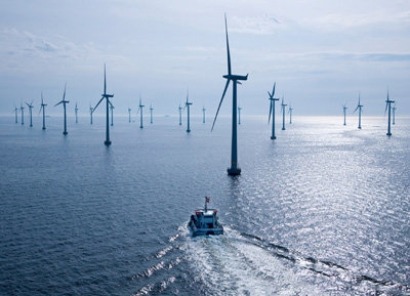 The BOEM has executed a wind energy research lease under which the Commonwealth of Virginia’s Department of Mines, Minerals and Energy (DMME) is proposing to design, develop and demonstrate a grid-connected, 12 MW offshore wind test facility on the Outer Continental Shelf (OCS) off the coast of Virginia.

The exact location of the test facility will be adjacent to the Virginia Wind Energy Area (WEA). The data obtained from the project will be made publicly available and will inform the future generation of renewable energy within the WEA. It is BOEM’s first executed wind energy research lease.

“Developing our clean energy resources is an essential element of building a new Virginia economy” said Governor Terry McAuliffe. “With this research lease, Virginia is leading the way in building wind turbines in the Atlantic Ocean and taking the next step toward the clean energy economy we need to create jobs and lower energy costs now and into the future.”

BOEM Director Abigail Ross Hopper added that the data collected under the research lease will help the BOEM, DMME and other government agencies to understand the wind potential, weather and other conditions relevant to offshore wind power generation off the Virginia coast. It will also be useful to other groups such as universities, environmental organisations and industry.

The US Department of Energy (DOE) announced funding awards for seven proposed ‘Offshore Wind Demonstration Projects’ in 2012. One of these was given to Dominion Resources, Inc., which partnered with DMME and others to establish the Virginia Offshore Wind Technology Advancement Project (VOWTAP). This was also one of three projects to receive a second funding award from DOE in 2014. In February 2013, DMME submitted a lease application to BOEM for the installation and operation of two 6-MW turbines, associated cabling to shore, and ancillary metocean facilities, such as meteorological buoys. The electricity generated by these turbines could power 3,000 homes.

In 2013, BOEM determined there was no competitive interest in the area where the state agency proposed to conduct these activities and proceeded with the leasing process on a non-competitive basis. That decision cleared the way for DMME to submit a Research Activities Plan for which BOEM developed an environmental assessment (EA) that was published in December 2014 for public comment. BOEM will now revise the EA with a Finding of No Significant Impact or issue a notice of intent to prepare an Environmental Impact Statement. Upon completion of BOEM’s technical and environmental reviews and other reviews required by Federal law, BOEM may approve, approve with modifications or disapprove the Research Activities Plan. DMME must receive BOEM’s approval of its Research Activities Plan prior to the installation of the two turbines and associated cabling to shore.