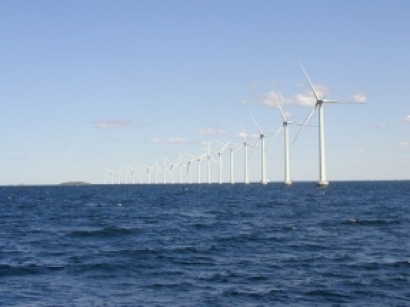 RODA seeks to coordinate science and policy approaches, through public and private partnerships, to manage development of wind farms in a way that minimizes conflicts with existing traditional and historical fishing.

Fishing industry representatives, offshore wind developer lease-holders, the National Marine Fisheries Service, the Bureau of Ocean Energy Management, and the U.S. Coast Guard, among others, joined RODA to continue an attempt to develop fishery transit lanes through the large group of Wind Energy Areas in federal waters off of Massachusetts and Rhode Island. The meeting was facilitated by the Consensus Building Institute.

In addition to loss of access within the lease areas, commercial fishermen have concerns about their ability to safely travel across wind energy arrays to access other historical, traditional commercial fishing grounds. They are especially concerned with the size of the WEAs being proposed by BOEM, which are the largest in the world to date.

The Massachusetts Fisheries Working Group on Offshore Wind began to consider the development of transit lanes earlier this year, and RODA has since held a large workshop followed by the smaller working group meeting to continue this task. To prepare for the working group meeting, RODA asked NMFS and the Northeast Regional Ocean Council Data Portal team to evaluate historic transit patterns to identify options for safe and direct access to fishing grounds. NMFS presented an analysis based on VMS and AIS data that substantially supported input received from the fishing industry regarding prevailing transit patterns.

Fishing industry representatives have considered a wide range of transit lane options and continue to support options that generally preserve the most important routes to their historic fisheries, which must include a “diagonal” route or, less favorably, smoothing out the Northwest-Southeast edges of the lease areas to allow more direct transit along the perimeters. Offshore wind lease-holding developers, for their part, have attempted to identify routes to meet those goals that also preserve the energy-generating nameplate capacity for each site that allows them to meet pricing goals for power procurement. Developers have various viewpoints on preferred transit lane locations and, as such, layouts have differing ranges of support including for the currently unleased areas.

While the group has not yet finalized recommendations, both fishermen and developers broadly agree that the most efficient timing for transit lane identification would occur before a lease is issued. RODA therefore strongly urges BOEM to include stipulations for the continuation of these transit lanes in its upcoming lease sale, and welcomes inquiries as to the status of these recommendations as potential bidders prepare proposals.

Additional materials, including a meeting summary with details regarding each of the options, will be available shortly on the RODA website.