Despite the Need for Renewables, Opposition to Wind Farms Seems Here to Stay

Thursday, 05 October 2017
1
Al Maiorino
One only needs to visit wind-watch.org or other anti-wind farm websites to see that opposition to wind farm projects, whether organic or not, isn't going away anytime soon.  Wind watch posts hundreds of articles per month, sometimes as many as twenty a day on wind projects across the globe.  Just a quick internet search of projects gives us such news headlines such as "Giant wind farm bid near Hawick slammed as worst yet drawn up" or "Wind farms in Ohio pit environmentalists against some neighbors..." or "Savoy voters reject bylaw allowing taller wind turbines" as just a few quick examples of recent headlines. 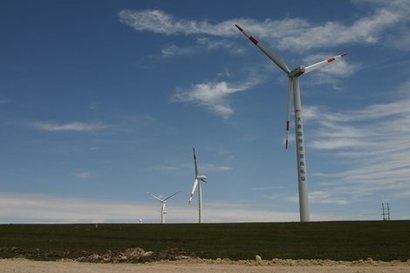 What wind farm projects often need is a cohesive public affairs strategy that takes into consideration that invariably, some level of opposition will likely occur to a project, and waiting for that moment to act is already putting your project one step behind.  Wind farm projects are not defeated because they are bad projects. They are defeated for a myriad of other reason, often led by fear tactics of the opposition, lack of public outreach by the developer, and project approval being stalled so long, that projects become financially not viable.  Every month that goes by when approval of a project is "expected" but then delayed, results in numerous fees and costs that continue for the wind farm developers.  Many opponents of projects know that "slowing is as good as stopping" in some cases.

Townships, counties and municipalities are also getting into the "slowing" movement of wind farm growth - with moratoriums.  Moratoriums often allow communities to pause the development of wind farms while local zoning ordinances are rewritten or adjusted.  The problem for wind farm developers is that these adjustments are almost always detrimental to siting wind projects.  So now you need two public relations campaigns - one to educate the public on your actual project, and one to educate the public on the pitfalls of a moratorium.  In my two decades of working on development projects, I have never seen a moratorium come "out of the blue".  There is always a reason for such actions.  So what are the best tools to promote your project, build support and avoid political defeat or stalling of a project?

GET DIGITAL – Use digital and grassroots campaign tactics to build support amongst members of the community and public officials. To kick off any digital campaign, prepare a thorough website that regularly updates residents, dispels new myths and disseminates new information. Website content should allow the audience to obtain key ideas on project details and benefits without having to do too much reading. Visuals and well-organized content are key to ensuring your message gets across. This website should also include a link that allows people to submit letters of support directly to public officials and elected leaders as well as provide downloadable fact sheets, and any other resources that may help advocates build support.

GET SOCIAL - Social media platforms such as Facebook and Twitter have grown into powerful campaigning tools. Facebook and Twitter accounts dedicated to the renewable proposal offer enormous opportunity to reach community members organically through peer-to-peer information sharing. Any content posted should be bolstered as needed by social media marketing, which is both cost efficient and effective to introduce the proposal to new audiences. These ads will increase awareness and drive website traffic to continuously reach new segments of the population.

GET TO THE STAKEHOLDERS -  Contacting stakeholder groups both locally and regionally to coordinate grassroots efforts can amplify messaging through newsletters, email blasts, presentations to the organization’s members. Coordinating a call to action with stakeholders can greatly enhance support in a meaningful way.

Don't let your wind farm project succumb to delays, moratoriums and zoning defeat.  Wind farm developers have many options, and a great story to tell.