Tuesday, 01 March 2022
0
Al Maiorino
The United States government has set lofty goals for transitioning the country to renewable energy. President Biden has ambitions of requiring the U.S. to obtain 80 percent of its power from emissions-free sources by 2030, and the president’s January 27th Executive Order on Tackling the Climate Crisis at Home and Abroad sets the goal of doubling offshore wind production by the end of the decade. Recent estimates suggest that renewable energy sources could make up anywhere from one third to half of U.S. electricity by the 2030 mark, driven largely by increases in solar and wind power, but Biden’s 80 percent target is unachievable at current growth rates. 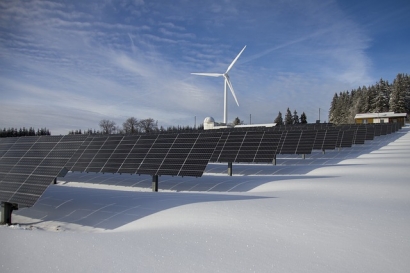 One major obstacle standing in the way of a swift transition to renewable energy is NIMBYism, or “not-in-my-backyard”-ism—the hostile attitude many residents take towards development projects in their neighborhoods. Members of a community where developers hope to build renewable energy sources often oppose projects due to concerns about land-use regulations, environmental impacts, and potential damage to aesthetics and property value. In fact, the U.S. Chamber of Commerce published a report in 2011 analyzing projects that were challenged by NIMBYism, finding that 45 percent of challenged projects are renewable energy projects. In other words, “it is just as difficult to build a wind farm in the U.S. as it is to build a coal-fired power plant.”

NIMBYism’s effects are not isolated to individual projects. Community opposition to renewable energy is causing real harm to the economy, and the Chamber of Commerce report estimates that challenged projects could bring trillions of dollars to the economy and create millions of jobs.

Furthermore, anti-renewable NIMBYism is not a uniquely American phenomenon. Sweden has plans to draw 100 percent of its energy supply from renewable sources by 2040, but public backlash has proved strong. One Swedish group, “No to Wind Power on Ripfjället,” opposes construction of wind turbines due to the impacts on the environment and tourism.

Meanwhile, the Ireland-based lobbying group European Platform Against Wind Farms is a multinational coalition of anti-renewable activists that claims to represent those who are “opposing one or more wind farm proposals,” “questioning the effectiveness of wind farms as a tool for solving the problems of man and the planet,” or “generally fighting against the damaging effects of wind farms on tourism, the economy, people's quality of life, the value of their properties and, increasingly often, their health,” among others.

To help speed up the process, regulators should recognize that although they might be vocal, NIMBY groups represent a minority position. According to the Pew Research Center, an overwhelming majority of U.S. adults support expanding solar and wind farms, and believe that renewable energy sources are better for the environment. Halting projects based on disproportionately loud opposition does a disservice to the silent majority that recognizes the positive impact renewables can have on the environment and the economy.

That’s not to say that renewable energy developers shouldn’t solicit input from the local community and seriously consider concerns that they raise. Once a building site has been selected, polling of local stakeholders and outreach through social media and in-person open houses are just a few tools that development companies should be using to build a groundswell of public support for their projects.

By streamlining the approval process and mobilizing public support, developers can finally stop letting NIMBYism stand in the way of a greener and more sustainable future.