Monday, 08 August 2016
0
Al Maiorino
While development in general is on the rise in many places across the globe due to economic growth, the successful outcome of renewable proposals is not guaranteed everywhere. Recent changes to renewable energy policies in Scotland, for example, are leaving the industry there with a great deal of uncertainty. 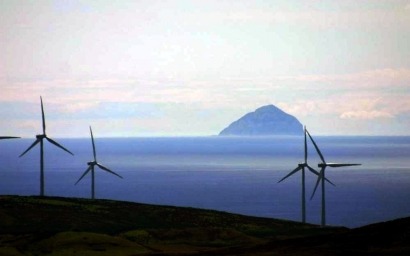 In light of these changes implemented following the 2015 General Election, the Scottish Affairs Committee was prompted to investigate the impact of the modifications, including restricted subsidy access, as well as their future implications on the renewable sector as a whole.

As is the case with many public infrastructure projects, the July 2016 report notes significant public interest in the subject as well as concerns raised by individuals and interest groups with respect to onshore wind projects in particular.

A list of key concerns include adverse impact on scenery, environment, health of local residents and housing prices. Additional concerns highlighted constraint payments to wind farms as well as the critique that turbines do not generate electricity when it is needed.

Despite these wind-related concerns, the report also made reference to a 2016 poll commissioned by Scottish Renewables, which found that 70 percent of respondents supported an increase in renewable energy as a whole. Taking these and other factors into consideration, the report ultimately found that Scotland’s renewable energy policy changes would have a negative impact on the sector.

Moreover, in particular relation to onshore wind, the report’s findings state, “uncertainty about support for onshore wind has resulted in many projects being pulled, and a significant reduction in new projects being brought forward. The cancellation of projects which were already in development means lost capital for investors who include local authorities, community groups and private companies.”

Gaining the support of government officials, the community and interest groups is vital for the success of renewable projects as the industry continues to grow across the globe. In order to heighten success, companies can procure support by looping in stakeholders through the following tactics:

Project Website
Any creditable project should have a website or landing page committed specifically to the project. A project website can send instant letters of support to public officials to provide a quick presentation of support. Additionally, it allows viewers to obtain grassroots resources including fact sheets, infographics, suggested language and more to acquire new support through sign up forms on the website.

Digital Advertising
Digital Advertising is both a cost-effective and efficient way to raise awareness for a project. Digital Advertising allows advertisers to connect with micro-targeted audiences to gain the most support using the least amount of resources. In order to encourage supporter sign ups, ads should link directly to the project webpage or any social media pages developed in support of the proposal.

Social Media
With the advent of the 24-hour news cycle, news consumers have become much more selective about the content they consume. Encourage those who may support your proposal to follow a Facebook page or Twitter account devoted to the proposal to stay up to date in their newsfeeds on social media. Without a presence on the platforms a company’s supporters engage on, opportunities to build critical support will be missed. Social media pages are a great way to grow the advocacy base and send out calls to action. Boosting these platforms with sponsored content will help ensure your message is in front of the right demographic.

Database Development
It is important to build a database of all the households within a community that outreach is made in, including their contact information and political district. Later, code this database as supporters, opponents, and undecided. Constituents of a specific public official that needs to be swayed can be targeted through communications in a political campaign-style approach. Different messaging can be targeted by district, or by those who are undecided with particular questions or concerns from various feedback channels.

Direct Mail
In order to educate community members on the benefits of the proposal, introduce a new project to a community by mailing all households in the target area in which you are seeking approvals. Direct mail will help spread the word about the new digital platforms to drive traffic and spread awareness about the key messaging points.

Telephone Identification
The ability to identify individuals in support of the proposal is essential. Too often, there is a silent majority that is overshadowed by a few voices against the project. Using telephone identification calls to all households in a database, supporters can be identified and asked if they are willing to assist by writing a letter to the editor or a public official, attending a hearing or joining a Social Media page in support.

Whether a project is experiencing opposition or not, it is important to ensure that the proposal is presented to the community in a positive light. Expose community members and stakeholders to site plans early on and let them know resources are available to learn more about the benefits relevant to their lives. Bringing public officials and community members on board in support of a proposal is important to the success rate of projects and to prevent the loss of time and resources. The policy environment is ever changing, and these tactics will help renewable proposals achieve success.