Renewable Energy, you are not alone with opposition to projects 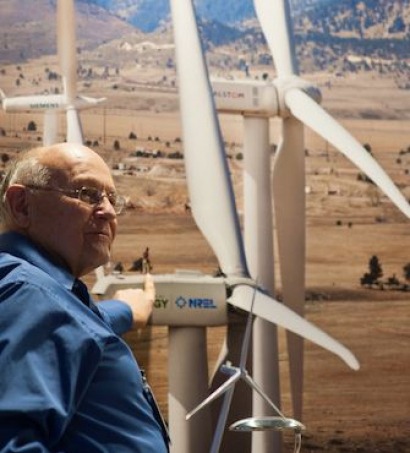 Housing developments are being opposed in Barrington, Rhode Island. Though the project is for 48-units of affordable housing, over 500 residents have signed a petition opposing the development. Residents worry that the development will change the town, and the large amount of new residents will cause a change of character and traffic.

Senator David Vitter of Louisiana is trying to expand domestic oil and gas development. Vitter believes that by increasing oil and gas development jobs would be created, the US would be more secure, and the development would create revenue. Though there are many benefits to his proposal, he faces opposition from other members of the Senate and environmentalists. These groups feel that Vitter’s approach is the wrong way for the US to go, and the country should be more focused on alternative energy approaches.

In the Yukon, Canada, Golden Predator has been stalled in their efforts to begin a mining project. Though the project would bring business opportunities to the area, and sustainable community benefits, the company now has to resubmit their plan for further and more thorough review. The opposition has greatly affected the company; an example being that their stock has dropped 25 percent since the decision to relook at the project.

In regards to opposition to renewable energy, there are national and regional groups fighting wind. Wind-watch.org is a website run by the National Wind Watch (NWW), which is a group that fights against wind energy development. Through their website they give examples of the negative impacts of wind turbines, such as effects on the environment, economy, and quality of life. The website gets about 36 posts a day on average; these posts are from individuals and groups discussing information about the opposition of wind power in different areas around the world. This site believes industrial wind is destructive and harmful, and works to stop wind projects globally.

Wind projects are not the only opposed renewable energy; there are also groups that fight solar energy developments. Groups that oppose solar energy believe that it is expensive, harmful to the environment, and that the panels are unattractive. Groups that look at these are ignoring the advantages, including that solar energy emits zero green house gasses.

When faced with NIMBY opposition, all too often, companies will mistake “public relations” for “public affairs” and run a campaign that is based on selling a project with glitzy ads rather than running a targeted “political style” campaign that can more than counter what the opponents put together for their efforts. Tactics such as door-to-door canvassing, identification phone banking, direct mail and polling are critical to running an effective campaign to counter NIMBY opposition.

Many of these campaigns should follow some simple rules:

Rule No. 1 – Educate first, then you can identify. Don’t try to identify supporters of your project until after a fair amount of education. For one, you will have a lot more supporters if you disseminate facts for the project first, thus maximizing your spending.

Rule No. 2 – Identify supporters and code them into a database. Whether it is through direct mail, radio, phone calls or e-mail, having lists of supporters or undecided residents lying around on paper doesn’t do your campaign any good. Also, by getting your supporters into a database, you can then separate them by town, county and legislative district for effective grassroots lobbying.

Rule No. 3 – Do not rely just on e-mail. Believe it or not, a fair percentage of people are still not on the Internet. Many of these are of an older demographic, who are often more pro-development than not. Running ads with a website to contact is great, but always throw a toll-free number in there for non-Internet users to contact you.

Rule No. 4 – Do not focus just on third-party groups for support. Third-party groups are critical for your efforts, but sometimes a few dozen “regular citizens” showing up to hearings and meetings can do your project a lot of good.

Rule No. 5 – Be transparent. The last think you want is for your public affairs campaign to become a public relations nightmare. Just as projects have engineers, lawyers, scientists, etc., they also can have community relations specialists. Be open about your outreach.

These are five of perhaps dozens of potential tactics that can go into renewable energy projects to counter opposition to development projects. Campaigns should be designed based on several factors, including the size of the population you are targeting, the level of opposition and the length of the entitlement process.