Tuesday, 01 July 2014
0
Al Maiorino
The United Kingdom may be forced to once again contend with an issue thought to be dealt with decades ago; namely, power shortages. Not since the turbulent mid 1970’s has the nation faced a capacity crisis comparable to the one looming on the horizon, and unfortunately the responsibility must be split partially between communities hostile to renewable development and a renewable energy industry unwilling or unable to reach out to them. 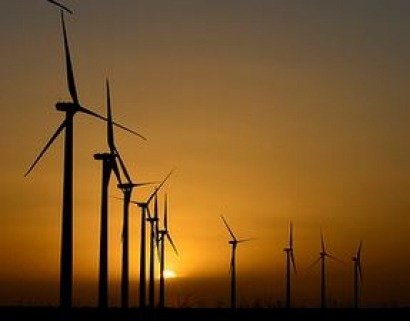 The seeds of the upcoming capacity crisis were sewn years ago when Whitehall passed two distinct laws to deal with two different problems. The first law was designed to boost exports by subsidizing the British manufacturing sector. This was conceived to be an answer to the 2008 economic downturn, designed to make the mostly service economy more hardy on the global scale. The second law was a plan to increase the use of renewables by British power providers. This move was designed offset the carbon emissions released by resurgent industrial demands on an aging power grid and to cement the UK’s reputation as a clean energy leader.  To show that manufacturing could be supported by alternative energy, the government began closing gas and coal plants and replacing them with renewable power generation facilities such as wind farms.

And yet, the current power grid is so overloaded that it now resembles the one of the mid 1970’s during the implementation of the infamous “Three-Day Week,” where commercial users of electricity were limited to three specified consecutive days' electricity use each week. The British public’s tendency to fight wind turbines at a local level has caused both initiatives to falter. Wind farms are being delayed or denied while the government shuts down traditional power plants. This situation has escalated to the point where the manufacturing sector is not receiving enough power to effectively grow the economy, but it is still consuming enough to put significant strain the power grid.

Increasingly, citizens are slowing the development of the renewable sector by lodging “Not in my backyard” (NIMBY) complaints against wind turbines as they move into the rural countryside. The NIMBY critique epitomizes the mindset held by many homeowners that they do not want any new development to enter their communities. Even though community members might support the aims of the wind industry, without prodding it is unlikely they will they make a personal investment towards a sustainable future.

These NIMBY complaints are causing noticeable effects on the economy. As critics slow down or prevent development of new power sources, old ones are shut down. Meanwhile, energy intensive manufacturing businesses are being subsidized and promoted by the national government, even though existing gas and coal plants are going offline with few projects coming in to replace them.

What is left is a crisis that has no clear winner but many obvious losers. Whitehall loses as it subsidizes industries that still end up moving abroad. Manufacturers lose as they waste precious time and money since they are powerless to perform in a country without adequate infrastructure. The environmentalists lose as older mothballed plants are reopened to cope with demand, as is planned in various parts of the UK. The public however, may stand to lose the most. It is the aesthetic and wildlife concerns that feed much of the outcry against wind turbines. Yet, without new turbines, electricity prices are driven up while jobs are driven out. Against the stark backdrop of catastrophic climate change, however, it is time that citizens consider their future and realize that their coexistence with clean energy sources like wind are of national, and global concern.

It is a clear oversight that the British government and the wind industry have not implemented a far reaching public affairs campaign to help revert this ongoing dilemma. With the meteoric rise of the anti-wind United Kingdom Independence Party (UKIP), whose leader, Nigel Farrage, has threatened to “blow up” turbines “personally,” the time to act is fast approaching. In order to put up some form of defense, the wind industry and wind advocates must integrate the following techniques into their outreach campaigns.

The wind industry must strive to start a dialogue and work to dispel some of the myths that plague most new wind proposals. The government and the wind industry must inform and educate the communities they move into using a variety of outreach methods. Among these techniques are phone calls to identify potential latent supporters, direct mailing to educate residents about project details, and open house information sessions to open channels of direct communication between residents and project experts who can answer questions.

Residents want to be informed and to know the assets and drawbacks a project will bring. If project advocates do not inform them, it is a certainty that opposition groups like UKIP will. Furthermore, some locals may have very legitimate concerns that require in depth answers. It is paramount that these concerns are addressed or acknowledged by the wind company itself while analysis takes place. Rather than ignore citizen complaints, industry leaders must keep residents engaged while working to find solutions and compromises to alleviate concerns of interested parties.

Wind power providers must also build a database of supporters to call upon. Supporters want the success of wind in the UK and realize the necessity of its success for environmental and economic reasons. The question that all too often is not asked is “are you willing to help.” If residents are provided with “how to help” handouts and legislative fact sheets, they can communicate directly with public officials  through coordinated letter writing campaigns.

Let both advocates and the community know about the status of a project - where it is doing well and where it needs help. Supportive voices at a town council can make a significant difference. Additionally, the growing role of social media cannot be neglected. Creative content that can be shared easily is an important digital dialogue facilitator. Staunch opposition will never tire out in its public outreach, and neither can those who put forth the proposal.

Finally, as the rise of UKIP demonstrates, supporters must be aware that success at the local level can be overturned at the higher levels of government. Teach supporters about how to engage most effectively with their local elected officials on the platforms officials most frequently use.

Make sure that every project is accompanied with a grassroots advocacy campaign that will keep the project popular both with locals and state governments. Politicians will be much more likely to stand behind industry if industry is backed by their voting constituents. With strong local and legislative support, projects will remain lasting investments.