When the backyard in “NIMBY” becomes the ocean

Wednesday, 01 August 2012
1
Al Maiorino
Al Maiorino looks into how NIMBYism may even affect large-scale offshore wind projects, and how wind farm developers should work on public opinion if the 2,434 square miles of the continental shelf in the Atlantic due for auctioning off in the US are to be exploited. 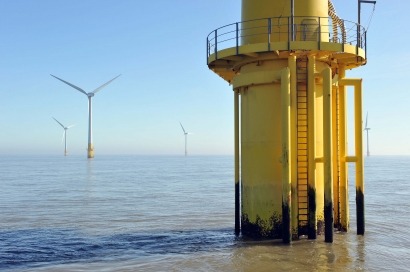 Introduction to the issue

A new hope for successful future offshore wind farm development has arisen in the United States.  The federal government is hoping to auction off to wind farm developers about 2,434 square miles of the continental shelf in the Atlantic, spanning from Massachusetts to Virginia. This is encouraging news since the proposed wind energy project off Cape Cod ran into serious bumps in the road and the United States remains without a single offshore wind farm. If approved, the project could be a crucial step in the direction towards a viable wind energy industry. There are concerns, however, that such a massive undertaking will be confronted with strong opposition similar to that experienced by the Cape Wind project. This announcement will most certainly mean that “NIMBY” sentiment will be focused on the East Coast to attempt to slow down or even thwart such offshore clean energy projects.

Why Have offshore wind farms worked abroad and what are the hopes for the US?

Although the United States has faced considerable opposition to offshore wind farm developments, they have been successfully implemented in several countries in Europe. For example, Denmark now produces twenty percent of its national energy from wind farms. In Germany, the government has passed resolutions to convert its national energy resources from nuclear energy to wind energy. Germany currently owns two of the top twenty-five most efficient wind farms, Alpha Ventus and Baltic 1.  Alpha Ventus is Germany’s first offshore wind farm, located in the North Sea and consisting of twelve turbines. Denmark operates five of the top twenty-five, including Horns Rev I and Horns Rev II.

In addition, both countries have subsidized wind energy to make it affordable and provide incentives for developers to pursue wind energy. But what would motivate both of these countries to subsidize the renewable wind energy? Not surprisingly, the answer is public support, or rather, lack of public opposition. There has been widespread support from the people of Denmark for wind farms, and in Germany more than eighty percent of the public has expressed their support for wind energy.

But when considering a project that is on such a large scale like offshore wind farms, public opposition is almost always guaranteed. There will be concerns about damage to the area, to wildlife, and if the benefits are worth the cost. Keeping these hurdles in mind, there are ways to succeed with offshore wind projects around the world.

A targeted public affairs approach will help to identify supporters of offshore wind projects. The goal of such an approach is to mobilize the community into action for your project. By working with the community and putting in the effort to rally supporters, you will be able to minimize the opposition; often times opposition groups will take advantage of neutral parties that can be easily swayed. Gathering such neutral parties to your side can make a noticeable difference when it comes time to gain approval for your proposal. Another advantage of garnering support is a speedier approval process for your project which will in turn mean minimized costly delays or potential cancellation.

Social media, coupled with open houses, direct mail, and political style identification phone calls, can all help increase your supporter base. Each of these tactics is important – for example, believe it or not, some Americans do not use the Internet daily. If these persons want to voice their opinions or support, there need to be multiple outlets for them to do so.

Employ traditional political canvassing and go door-to-door to meet with residents, especially those who have a clear view of the turbines, in order to disseminate information on the project. It is not enough just to send information out via cyberspace. People will appreciate the opportunity to personally learn about the project, and will be willing to make the effort to contact officials since you are showing gratuity for their time and support.

Keep the opposition on the defense instead of the offense. Being proactive is very important to prevent time consuming, costly delays or potential cancellation of your project. Good examples of proactive measures are each of the tactics mentioned above under the Community Outreach heading. By communicating with and reaching out to the community in advance, you are ensuring that your project’s voice is heard before the opposition’s.

What the US must do to aid development of wind farms

With public support, Denmark and Germany have become paradigms for affordable renewable wind energy that is not only possible, but practical. The ocean provides an enormous opportunity for large scale off shore wind energy developments. In order for clean, renewable wind energy to be a reality in the United States, we must break the mentality that “Not In My Backyard” extends to the oceans. This is the only way we as a country will be able to make contributions to the renewable wind energy industry that are as significant as those achieved by a few small countries