Monday, 06 January 2014
0
Dan McCue
Argentina has informed the WTO Secretariat that it is seeking consultations with the European Union regarding anti-dumping measures imposed by the EU on Argentine biodiesel. 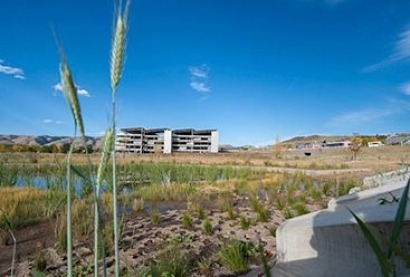 Buenos Aires is also seeking a review of how the EU estimated the costs associated with the production and sale of products that were the object of an anti-dumping investigation.

Last month, the EU slapped steep import taxes on Argentine bio-fuel ranging from €217 to €246 ($298-$336) per metric ton based on dumping accusations.

Argentina is one of the world's top biodiesel producers, and until recently, the EU was Argentina's top customer.

However since the EU began applying anti-dumping duties to its products, Argentina's shipments of bio-fuel to the EU dropped from 1.3 million tons in 2012 to 755,200 metric tons between January and September of 2013.

Buenos Aires argues the investigation and duties are inconsistent with several provisions of current WTO agreements.

This is not the first time Argentina and the EU have been at loggerheads over bio-diesel imports. The Argentines also filed cases against European actions against its products in August 2012 and May 2013.

In November, Spain became the latest European nation to ban the entry of Argentine biodiesel products. The decision was especially significant because Spain had been Argentina's top biodiesel market with sales accounting for €588.6 million ($800 million) annually.

The CARBIO Chamber of Bio-fuels in Buenos Aires blasted the decision, calling it an “arbitrary and discriminatory” measure based on “unjustified reasons.”

A request for consultations formally initiates a dispute in the WTO. Consultations give the parties an opportunity to discuss the matter and to find a satisfactory solution without proceeding further with litigation. After 60 days, if consultations have failed to resolve the dispute, the complainant may request adjudication by a panel.