Wednesday, 15 June 2011
0
Toby Price
The Biofuels Division of the Spanish Renewable Energy Producers Association (APPA) has reacted to what it considers "intolerable Argentine pressure to prevent the approval of the ministerial order against unfair biodiesel imports". 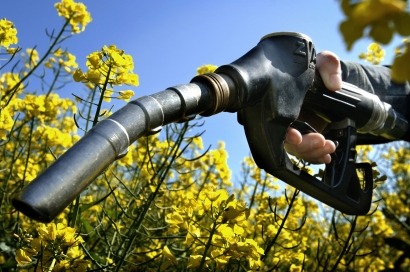 In early May, Renewable Energy Magazine’s sister publication amERica reported that the Government of Argentina and its biodiesel producers had rejected the proposed ministerial order in Spain setting out the amounts of biodiesel from abroad that can be sold in Spain.

In 2010, Argentina sold 23% of its biodiesel surplus to Spain and is one of the country’s main suppliers of this biofuel. However, biodiesel producers in Spain’s beleaguered market accuse Argentina of unfair trading practices. After an investigation, Spain’s Ministry of Industry, Tourism and Trade proposed a new ministerial order restricting Argentinean biodiesel imports.

Reacting to the news, the Argentine Chamber of Biofuels (Carbio) issued a statement saying that the proposal had been “opposed by the Argentine government through the Chancellor’s office in coordination with the Ministry of Agriculture, and the Ministry of Planning, presenting arguments against imposing this restriction”.

The President of Carbio, Fernando Peláez, said in the statement that “this measure is clearly a prohibition to entering the Spanish market”, while Carbio’s CEO, Victor Castro, commented that “the reasons Spain puts forward for prohibiting access to biodiesel are unfounded; we are not involved in unfair practices in our exports. Spain cannot close the market without a justified reason. If it does, it will have to come before the Word Trade Organisation”.

Now, in a new twist to what is becoming a trade war, the newly appointed Chairman of Spain’s APPA Biofuels, Alfonso Ausín, has reacted, saying: "it would be amazing should the Spanish government fold under pressure and blackmail by the country that caused this crisis; sacrificing the Spanish biodiesel industry".

The pen of the Spanish Industry Minister, who must sign the order assigning biodiesel quotas to plants in Spain and other countries, is still poised. He has received favourable reports from Spain’s National Commission of Energy and the State Council, but the complaints by the Argentine government have slowed his approval of the order, which was thought to have been sealed months ago. Hence the strong reaction from the biofuels section of APPA to what they consider as intolerable pressure.

APPA Biofuels says that the Argentine government has been putting pressure on its Spanish counterpart for several weeks in an attempt to prevent or at least delay the final approval of the draft order, and Ausín, says: "the Ministry must approve the order without delay".

Spanish biodiesel producers say that the plight of the industry in Spain has not changed one iota, with 85% of its capacity standing idle. On the other hand, they confirm that imports continue to rise. According to data from the Spanish customs authorities, imports of pure biodiesel amounted to around 825,000 tonnes at 2010 year end, covering 61% of all domestic consumption. APPA Biofuels estimates that more than three-quarters of these imports came from Argentina (53%) and Indonesia (24%), and that their weight has increased in the first quarter of 2011 to over 90% between the two (238,000 tonnes), covering 60% of the Spanish market during the same period (378,000 t) – up on the figure of 47% in the first quarter of 2010.

APPA Biofuels highlights that the root of the problem is the system of differential export taxes that both countries apply. "The Argentine government”, it explains, “is levied on the export of soybean oil at a rate of 32%, while biodiesel produced from this feedstock is only taxed at a gross rate of 20%". APPA argues that since Argentina and Indonesia are the world's leading producers of soy and palm oil, respectively, "they are the ones that set the reference prices of these raw materials and the application of these differential rates places them in a position of unfair competitive advantage compared with producers around the world that use these commodities".

As mentioned above, Argentina has reacted strongly to what it believes is Spain’s desire to prohibit imports; however Ausín says the aim of the ministerial order is not protectionist, but is to end unfair competition. "We have never asked the Government for protectionist measures, simply not to allow unfair competition in the Spanish market. Governments in other European countries understood this years ago [introducing similar measures to those set out in the frozen order]," Ausín says. "The Argentine government is sending out the wrong message saying Argentina's biodiesel industry is more competitive than Spain’s per se,” he continues, “when the reality is that their advantage is artificial and is based primarily on the application of these differential rates".

This saga will undoubtedly continue.