Wednesday, 16 October 2013
0
REM
Boeing and South African Airways (SAA) have agreed to work together to develop and implement a sustainable aviation bio-fuel supply chain in Southern Africa, a first for the continent. 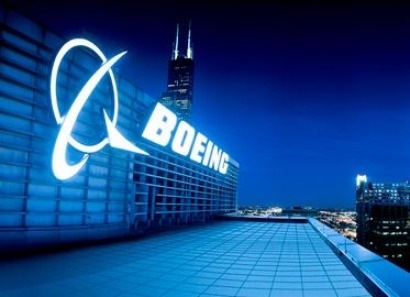 The companies signed a Memorandum of Understanding for sustainable aviation bio-fuel supply chain development at The Corporate Council on Africa's 9th Biennial U.S.-Africa Business, attended by executives from leading U.S. and African firms and government representatives from several countries.

The collaboration between Boeing and SAA is part of the companies' broader efforts to support environmental sustainability for the airline's operations and the commercial aviation industry overall, in addition to advancing South Africa's social and economic development.

"South African Airways is taking the lead in Africa on sustainable aviation fuels and, by setting a best practice example, can positively shape aviation bio-fuel efforts in the region," said Ian Cruickshank, SAA Head of Group Environmental Affairs. "By working with Boeing's sustainable aviation bio-fuel team, which has a history of successful partnerships to move lower-carbon bio-fuels closer to commercialization, we will apply the best global technology to meet the unique conditions of Southern Africa, diversify our energy sources and create new opportunities for the people of South Africa."

Boeing has collaborated extensively with airlines, research institutions, governments and other stakeholders to develop road maps for bio-fuel supply chains in several countries and regions, including the United States, China, Australia and Brazil. The aerospace company's plan to work with SAA is the first such project in Africa.

"Sustainable aviation bio-fuel will play a central role in reducing commercial aviation's carbon emissions over the long term, and we see tremendous potential for these fuels in Africa," said Julie Felgar, managing director of Environmental Strategy and Integration, Boeing Commercial Airplanes. "Boeing and South African Airways are committed to investigating feedstocks and pathways that comply with strict sustainability guidelines and can have a positive impact on South Africa's development."

Flight tests show that bio-fuel, which is derived from organic sources such as plants or algae, performs as well as or better than petroleum-based jet fuel. When produced in sustainable ways, bio-fuel contributes far less to global climate change than traditional fuels because carbon dioxide (CO2) is pulled out of the atmosphere by a growing plant-based feedstock.

Boeing and SAA believe that new developments in technology will enable the conversion of biomass into jet fuel in a more sustainable manner without competing with other sectors for food and water resources. The World Wildlife Fund-South Africa will monitor and ensure compliance to sustainability principles that would ensure that fuel is sustainable and would lead to genuine carbon reductions.

Aviation bio-fuel refined to required standards has been approved for a blend of up to 50 percent with traditional jet fuel. Globally, more than 1,500 passenger flights using bio-fuel have been flown since the fuel was approved.