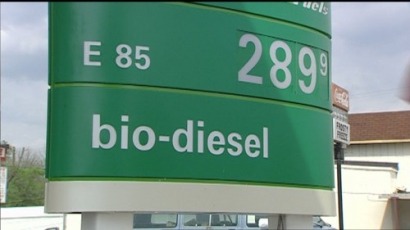 Five industry associations from across the EU have signed a joint position paper opposing the European Comission’s proposals on indirect land use change (ILUC).

The paper is endorsed by biofuel industry associations in Germany, Poland, Portugal, Spain and the UK and argues that the Commission’s proposals to account for carbon emissions from ILUC in the biofuels industry are based on unsound science. The proposals would jeopardize thousands of jobs and billions of pounds of investment, both committed and future, as well as putting European and UK climate change and renewable energy targets at risk.

“We welcome the contribution of the ITRE Committee to the ILUC debate, and many of its proposed amendments are broadly in line with the measures we recommend in our joint position paper” said Clare Wenner, Head of Renewable Transport at the REA. “We urge the Committee to do all it can to bring these amendments into the European Parliament’s final position. The Commission’s proposals on indirect land use change are based on unsound science and emotive NGO campaigning on food prices rather than real world facts and data. In their current form, these proposals risk jeopardising billions of pounds of investment and the hundreds of thousands of jobs that go with that across the whole supply chain.”

The position paper makes clear that targeted measures, such as bilateral agreements on forest protection, can allow for both a healthy biofuels industry and healthy forests and peatland. It also stresses that the ILUC and various food and fuel debates ignore many benefits of biofuels such as the increased agricultural productivity driven by demand for biofuels and co-products of the biofuels industry, such as high protein Dried Distillers Grains with Solubles -DDGS, which can displace imports of high-carbon soya in animal feed.