Spanish biodiesel industry up against the ropes

Friday, 18 February 2011
0
Javier Rico
The largest biodiesel producer in Spain and the third largest in Europe, Infinita Renovables, is to close its two plants and announce the layoff of 100 workers. The second biggest Spanish producer, Entaban, has three of its four plants lying idle, considerably affecting its workforce. In the light of this dramatic situation, the sector has brought attention to the high level of biodiesel imports and the Government’s passiveness, which has responded by saying it will study the problem to find a solution. 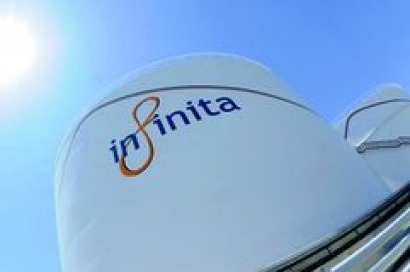 60% of biodiesel in Spain is imported. This is the “damned” figure that biodiesel producers are banding about as being responsible for the debacle of the industry in Spain. The penultimate victim was Infinita Renovables, which has stopped producing biodiesel at its two plants in Castellón and Ferrol, and has instigated temporary layoff proceedings on a rotating basis that will affect workers at both facilities (about 100 people) through to 31 January 2012. The latest victim may be Entaban, which a few days ago was reported by the economic information provider, Alimarket, to have shut down production at its plants in Ferrol and Bilbao. Entaban’s Huesca plant is also in receivership, while only the Seville plant remains operational.

Infinita Renovables is the largest producer of biodiesel in Spain and the third largest in Europe in terms of capacity (900,000 tonnes), while Entaban is the second biggest producer in Spain, with four plants boasting a total capacity of nearly half a million tonnes per annum. The latter, based in Saragossa, has refused to respond to Renewable Energy Magazine’s request for confirmation of the reports by Alimarket and the daily newspaper La Voz de Galicia in recent days. Union representatives told La Voz de Galicia that the Ferrol plant (200,000 tonnes capacity) is not producing biodiesel, and that out of a workforce of forty, only ten remain, performing maintenance tasks.

Twice the level of imports as in 2009

Leading companies in the sector are on their knees, and the finger of blame clearly points to imports and the Government, which the industry has been urging to introduce special measures after actual output fell to between 10% and 20% of total capacity two years ago.

Even the anti-dumping and countervailing measures imposed by the European Union against US biodiesel have not had an impact. Infinita Renovables says that the current state of the sector in Spain responds to "unfair competition from Argentine and Indonesian biodiesel, exacerbated by the lack of measures enabling Spanish producers to compete on equal terms".

Late last year, the same company published a report stating that "during the first quarter of 2010, 60% of biodiesel consumed in our country was imported". If this figure is true, it represents a dramatic turnaround compared to 2009 data recently released by the National Energy Commission (CNE), which shows imports meeting only 31% of demand; 12.5% of which came from Argentina and 5% from Indonesia, Malaysia and Singapore.

Infinita Renovables recalls that "over a year ago, the Spanish biodiesel industry warned the Government of the need to take measures to combat this aggression". However, the company continues, "despite the insistent requests for support from the manufacturers, no steps have been taken to prevent the closure of most biodiesel plants in Spain and the destruction of jobs. Today, there is no clear prospect of resolving the conflict". José Luis López, Business Development Director of Entaban, recently told La Voz de Galicia: "The situation is very difficult, not just for ourselves but for the whole sector”, and revealed that the company is looking forward to the introduction of a new decree that will encourage domestic biodiesel production.

When contacted by Renewable Energy Magazine, Spain’s Ministry of Industry, Tourism and Trade responded tersely that "the Ministry is studying the issue to find a solution". It was asked to clarify measures and dates given the steady stream of plant closures in the sector, replying that "it is a very complicated problem and we doubt that a solution will be found in the near future". The Biofuels Division of the Spanish Association of Renewable Energy Producers (APPA) stated that they are collecting as much information as possible to make its position known next week.