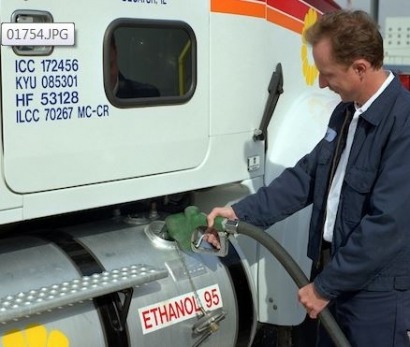 In a new report, the task force identified that there is a clear role for sustainable biofuels over the medium to longer term and at least to 2030 when fossil transport fuels will still be dominant. It also called for a “robust and long-term route for ensuring the sustainability of all transport energy including biofuels”.

“The REA has devoted a considerable amount of time and effort into ensuring that this Task Force report is balanced and constructive and we are proud of the result as an excellent example of open policy making," said Dr. Nina Skorupska, chief executive of the Renewable Energy Association.

"We hope that it will enable Ministers in the next UK Government to take early decisions to safeguard the significant investment that has already been made in sustainable UK biofuels and to encourage investors to look to the UK as a good place to invest in the next generation of biofuels," Skorupska said.

The Transport Energy Task Force, set up by the Department for Transport (DfT) and the Low Carbon Vehicle Partnership (LowCVP), was established as a mechanism for stakeholders to help the Government to examine and formulate options for policy regarding transport energy.

Specifically, the Task Force’s role was to explore options for meeting the 2020 renewable transport target and the role of biofuels in decarbonising UK transport by 2030.

The report agreed the following points:

“Transport accounts for about a quarter of our UK carbon emissions and this has to be reined in. The UK biofuels industry is low risk and sustainable. It has invested over £1 billion and supports over 3,500 jobs. Current and future investors now need clear and long-term policy to allow the industry to thrive," Skorupska said.