Monday, 20 May 2013
0
REM
Green Plains Renewable Energy, a bio-fuel producer based in Omaha, Nebraska in the US, has qualified for recognition under the International Sustainability & Carbon Certification (ISCC) program. 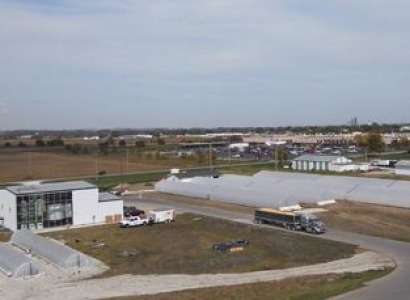 Certification is based on the findings of a third-party audit conducted by SCS Global Services.

SCS found that Green Plains' bio-fuels production and use results in less than half (about 45 percent) of the greenhouse gas emissions associated with ordinary gasoline. The award of certification confirms that Green Plains is in compliance with the European Union's Renewable Energy Directive, allowing the company to export bio-fuel to Europe.

"We determined that Green Plains meets all of the requirements of the ISCC standard," said Dr. Robert J. Hrubes, SCS Executive Vice President. "Among these requirements, Green Plains had to demonstrate that it met a minimum greenhouse gas reduction threshold of 35%. In addition, it had to demonstrate no conversion of forestlands or grasslands since 2008, adequate protection of natural habitats, and compliance with the International Labor Organization's core conventions, " Hrubes explained.

Green Plains Renewable Energy has a production capacity of approximately 740 million gallons per year from nine plants located in Indiana, Nebraska, Minnesota, Iowa, Tennessee, and Michigan. The company also produces valuable co-products such as distiller's grains used for animal feed and corn oil, often used in the production of biodiesel.