Biogas sector has become a “blue-chip value” in Europe

Thursday, 10 February 2011
0
Toby Price
Last week, Renewable Energy Magazine summarised the findings of the latest bioenergy EurObserv’ER barometers. Here we take a closer look at the Biogas Barometer, which reveals that the biogas sector is gradually deserting its core activities of waste cleanup and treatment and gradually taking a real foothold in commercial energy production. 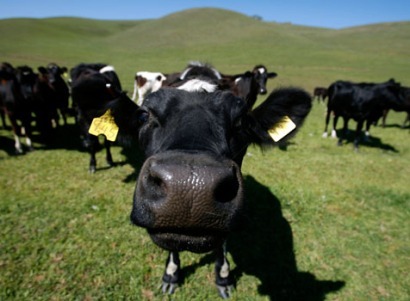 “The biogas sector has never before aroused so much attention as it does today,” say the authors of the Biogas Barometer at the start of their analysis. Indeed, the Renewable Energy Directive (2009/28/CE) and the European organic waste management objectives (Directive 1999/31/CE on the landfill of waste) certainly seem to have prompted a number of Member States to encourage biogas production and they have set up incentive systems for paying for electricity (feed-in tariffs, green certificates, tenders).

Germany leads on primary biogas energy output with 4,213.4 ktoe, followed by the UK with 1,723.9 ktoe, and then France with around than a third of this figure. Total output in the EU stands at 8,346,0 ktoe.

Biogas energy is mainly recovered in the form of electricity. In 2009, 25.2 TWh was produced from biogas, which is an increase of 17.9% on 2008. The bulk of biogas electricity (53.4%) is produced in “Other biogas” methanisation plants, followed by landfills (37.2%) and water treatment plants (9.4%). Increasingly cogeneration plants produce this electricity and, at the same time, also supply heat. Part of this heat is used for the methanisation process itself, while the surplus can be used to heat local dwellings and service sector or industrial buildings. If there are suitable outlets then the heat can be sold onwards to heating networks. The heat production indicator given in tCbIe 3 only includes the heat sold, not the heat used directly on the site (process and heating). The figure across the European Union is put at 173.8 ktoe in 2009, which is 8.3% up on 2008.

Injecting biogas into the grid

Another type of biogas recovery is booming in a number of countries, such as Sweden, Germany and the Netherlands that want to reduce their dependency on natural gas. Accordingly, after enriching they inject biomethane (purified biogas) into the natural gas grid, which presents a number of advantages. When it is impossible to recover heat nearby, the biomethane energy value can be directly adapted to the consumer’s need and thus be used to the full. The methanisation plant must be equipped with an enriching unit to convert biogas into biomethane for this solution.

Germany’s focus on developing agricultural methanisation plants by encouraging the planting of energy crops has resulted in Germany becoming leading European biogas producer, alone accounting for half of European primary energy output (50.5% in 2009) and half of biogas-sourced electricity output (49.9% in 2009).

Italy, while only Europe’s number four biogas producer in 2009 with 444.3 ktoe, is keen on developing agricultural biogas, and saw its primary energy production increase by 8.4% over 2008 and electricity production by 8.8%. “From 2010 growth should really start to pick up speed as the country is expecting to construct at least 2,000 MWe in the next 5 years,” say the authors “The implementation of highly pro-active legislation geared to agricultural biogas development is responsible for this bright outlook.”

The UK has not opted for energy crops, but instead prefers to rely on energy recovery from landfill biogas. According to the DECC (Department of Energy and Climate Change), the country produced 1,723.9 ktoe of biogas in 2009 of which 1,474.4 ktoe was landfill biogas (85.5%). This type of biogas took full advantage of the British green certificates system known as ROCS (Renewable Obligation Certificate System). Over the twelve-month period from 1 April 2008 to 31 March 2009, landfill biogas was the system’s second biggest beneficiary presenting 24.7% of all ROCS (out of a total of almost 19 million ROCS), behind onshore wind power (32.7%). “The reason for the high interest in this deposit is that the British system is biased in favour of the most cost-effective sectors and landfill biogas production costs are lower than they are for the other renewable sectors,” concludes the report.

While still a leader, the German market is no longer Europe’s sole market driver as more and more countries prepare the ground for developing their own national industry. As mentioned, Italy’s growth forecasts are particularly high, and they should be matched by those of France, Spain and the UK. New markets are also emerging in Eastern Europe such as the Czech Republic, Slovakia and Hungary.

A German study "The Market for Biogas Plants in Europe" published by Ecoprog and the Fraunhofer Umsicht Institute puts the number of methanisation plants operating at the beginning of 2010 at about 5,900, with combined electrical capacity of 2,300 MW. The study forecasts that a further 3 000 plants will be constructed by 2013 adding 1,700 MW and that by 2018 they will be joined by another 3,500 plants adding 1,800 MW of electrical capacity. The total market is valued at about €5.4 billion.

Most of the European Union countries have drawn up a biogas roadmap as part of their national renewable energy action plan (NREAP). Tthe Energy Research Centre of the Netherlands (ECN) has compiled all the data extracted from the 21 (out of 27) NREAP documents sent to the European Commission on 1 October 2010 on behalf of a study funded by the European Environment Agency.

Over the same period the electrical capacity of these installations will rise from 5 177 to 9 528 MW, while the production of recovered heat will rise from 1.4 to 3.8 Mtoe (including 1.7 Mtoe in Germany). The reports do not specify the biomethane quantity that will be fed into the grid.

“These figures give a good indication of the Union countries’ commitment to the sector’s development, although it is hard to tell whether the countries will adhere to their roadmaps,” reveals the authors of the Biogas Barometer. “In the shorter term, the European Commission White Paper biogas sector targets, expressed in primary energy (15 Mtoe in 2010) will fall a long way short of achievement. Our estimates put primary biogas energy output at 8.7 Mtoe in 2010 (FrCpG 2). Nonetheless, the huge gap should be put into perspective. The biogas sector has become a blue-chip value that most of the European Union countries intend to bank on.”