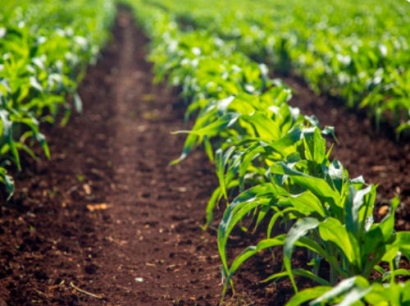 Attendees received an update on the national and European biomethane policy landscape and learned of the importance of the ongoing consultation on the proposed Renewable Heat Obligation, which, if enacted, will support biomethane production at scale and help Ireland achieve its climate ambitions.

Speakers also discussed the process for producing and injecting biomethane into the national network, the proposed Mitchelstown Central Grid Injection (CGI) facility and how certification is attained and recorded in the national registry.

“Ireland has the highest potential for biomethane production per capita in the EU according to the European Commission, providing a strong opportunity to develop a thriving indigenous biomethane industry, support energy security and, importantly for Irish farmers, reduce agricultural emissions,” Renewable Gas Project Manager, Yvette Jones, who is leading on the Mitchelstown CGI project, said.

A carbon-neutral renewable gas made from farm and food waste through a process known as anaerobic digestion (AD), biomethane has already begun to seamlessly replace natural gas in the national network.

Gas Networks Ireland’s Innovation and Business Development Manager, Ian Kilgallon, said that across Europe, biomethane is seen as a vital solution for decarbonising energy systems while also providing a more sustainable solution for farmers to reduce their waste and emissions.

“In countries around Europe, including the UK, Italy, France and Germany, biomethane is playing an important role in decarbonizing sectors such as heat and transport,” Kilgallon said.

“Within both the EU’s Farm to Fork Strategy and Irish agri-food industry, the development of biomethane and the production of a nutrient rich bio-fertilizer digestate, which is a by-product of anaerobic digestion, is seen as a key element in decarbonizing agriculture.”

Together they have the capacity to heat 75,000 homes, while also supporting the decarbonization of local agriculture.

A domestic biomethane industry would also provide significant opportunities for local communities from the sale of biomethane, feedstock used to produce the renewable gas, and a bio-fertilizer that is a by-product of the process, and facilitate sustainable circular economies, with businesses powering their operations via renewable gas made from their own waste.

To support the development of an indigenous biomethane industry in Ireland, Gas Networks Ireland has established a Renewable Gas Registry that records the volume of biomethane injected into the network each month and issues certificates to producers.

Tags: Biomethane ,Europe ,Waste ,Electricity ,France ,Germany ,Grid ,Hydro ,Hydrogen ,Transport ,Carbón
Add a comment
stephen
Why would farmers deliver silage to the new plant if they need the slurry for their land fertilizer need. Bord Gais needs to tender from Biomethane sources the same price they spend on current gas imports delivered to their pipelines and not the wholesale gas price. The cost of removing the biomethane byproducts should be offered tax and emission incentives. Ideally Large Energy Users could be encouraged to offer low cost credit financing to build such plants close to their factories (cement etc) where the gas would have a guaranteed customer and Bord Gais could use the biomethane gas as a carbon offset vs the current gas. Otherwise the methane from farms would be emitted anyway. Ideally the resulting high grade moisture fertilier byproduct could be offered for free back to farmers in relation to the volume of slurry delivered. Zoning adjacent to gas pipelines should be set as fast-track by councils or ideally assuming it passes council approval, be passed to a fast-track state planning process for low carbon infrastructure development.
Jorigar
Ninguno son muy pocos.
Josep
En España no le dan ningún valor al metano, pues con la gran cantidad de granjas porcinas, no hay ningún digestor o ninguno.Es muy poco ninguno.
Subscribe!
electric/hybrid