Wednesday, 30 June 2021
0
REM
A new international research and innovation project called MICRO4BIOGAS has just kicked off, aiming to develop natural and synthetic microbial communities for the production of optimized biogas. The project has been funded with  €5.7M under the EU H2020 program for a duration of four years, and it comprises 14 institutionsf rom six countries, including universities, companies and the local government of one Spanish town where a cutting-edge biogas plant will be built. 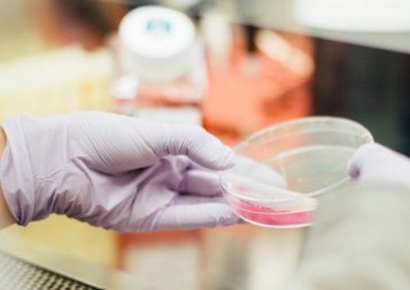 As climate change demands a fast transition towards sustainable power, the project aims to supplement existing renewable energy sources, such as wind and solar, with one that can be stored to produce heating or electricity on demand.

Biogas is mostly methane, with some carbon dioxide and traces of other gases, and it is produced by the decomposition of organic matter in the absence of oxygen (anaerobic digestion). Like biomass, biogas is burnt to produce energy without adding fossil fuels to the carbon cycle, and therefore it is a sustainable energy source.

Biologist Manuel Porcar is the coordinator of the project and group leader at the Institute for Integrative Systems Biology, I2SysBio, in Spain (University of Valencia—Spanish National Research Council).

He says, "Biogas is well beyond a promising technology: it is already a reality in many European countries. However, other countries still need to develop integrated solutions for their waste management and bioenergetic sectors.”

Biogas production is carried out by bacteria that decompose organic matter, which can come from food waste, agricultural waste or livestock manure. Although the stages of this biodigestion are broadly known, the complete process is considered a “black box” due to the complexity of the interactions between biochemical reactions involved.

“The gaps in the knowledge of the microbial bases of the methanogenic process certainly mean that there is much room for further optimization of the biogas sector in Europe," says Porcar. His team of microbiologists and biotechnologists from the MICRO4BIOGAS consortium will study these reactions in detail to design microbial communities—enhanced using Synthetic Biology techniques—that are optimized for very efficient fermentation of organic matter.

To ensure the laboratory process works at industrial scale, a pilot biogas plant will be built in Aras de los Olmos with public funding from the Spanish Ministry for Ecological Transition and from the regional government, applying the new scientific discoveries. This small town in the region of Valencia, to the East of Spain, has a population of 380 people, and is the first Spanish municipality to rely 100% on local renewable energy sources for power.