Thursday, 02 June 2022
0
REM
Charlotte Morton, Chief Executive of the Anaerobic Digestion and Bioresources Association has received an OBE (Officer of the Most Excellent Order of the British Empire) for services to the Development of the Biogas Industry in the Queen’s Birthday Honors List 2022. 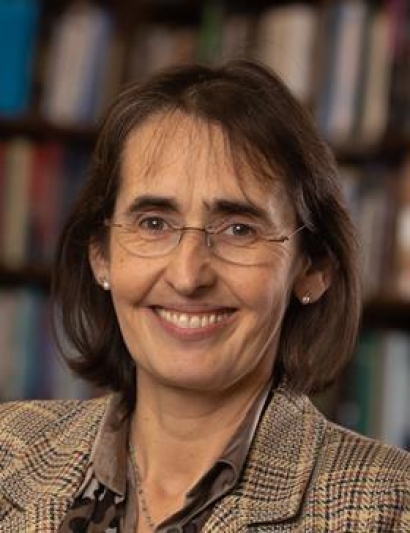 Anaerobic digestion (AD) is a technology by which organic matter such as food waste, sewage, manure, and other agricultural waste is recycled into a green gas (biogas/biomethane), a biofertiliser (digestate), bioCO2 and other valuable bioproducts.

AD is currently credited with reducing the UK’s total annual greenhouse gas emissions by over 1%. If all organic wastes were treated through AD, this figure could increase to 6%, which, with the right government support, is achievable by 2030. This would increase the number employed by the industry to 60,000 from the c4,800 employed today.

Additionally, the sector can produce 2-3 times the amount of gas currently imported from Russia, as well as all the CO2 used in the UK.

“I am extremely honored to receive this OBE,” commented Morton. “It is critical that we develop the biogas industry to its full potential as fast as possible, not just to mitigate climate change but also for our food and energy security. It’s also a huge commercial opportunity that would create 60,000 new jobs across the UK.

"Over the years, many people have worked very hard alongside me to support this objective and so this is very much their award too. We still have an awful lot left to do to take the sector where it needs to be, but this gives us a massive boost in our determination to succeed for the benefit of society and the health of the planet.”

Born and brought up in Hampshire, Charlotte Morton studied English and French Law at the London School of Economics and Political Science and at the University of Strasbourg in France. She qualified as a solicitor and practiced for 10 years before completing an MBA at London Business School in 2003 and setting up one of the UK’s first pay-by-the-hour car club schemes, WhizzGo, in 2004.

After the car hire company was acquired, she was invited by its founder members to set up the business side of a new trade association – the Anaerobic Digestion and Biogas Association (ADBA)*, which was launched in September 2009. She became Chief Executive a few months later in November 2009. She has since tirelessly campaigned for AD to become a key part of the UK’s decarbonisation strategy and helped ADBA facilitate the growth of the sector by nearly 400%.

Charlotte is now Chief Executive of the World Biogas Association, which she was instrumental in establishing in 2016. In that capacity, she addressed the COP26 conference in Glasgow last year to promote the value of AD as a solution to climate change; a technology that can usher a new, sustainable era in waste management and produce valuable bioresources for energy, transport, agriculture, and food production – highlighting, in particular, the critical role AD can play in reducing methane emissions.

Research has demonstrated that AD and biogas can help contribute to 9 of the 17 UN Sustainable Development Goals and reduce global emissions by 10% by 2030, also delivering half of the Global Methane Pledge.