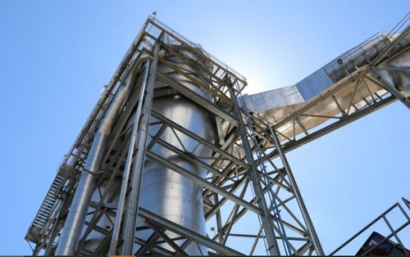 The three plants are together expected to produce around 120,000 metric tons of sustainable biomass pellets a year from sawmill residues, supporting the renewable energy company’s plans to increase self-supply to its power station in the U.K.

Drax will begin construction of the first plant later this month near a West Fraser sawmill in Leola, Grant County – with commissioning expected in October. The company will begin construction on two more plants in other locations in the coming months. In total, Drax will invest $40 million in the state, creating approximately 30 new direct jobs and many more indirect jobs across three Arkansas communities.

Drax has transformed its power station in the U.K. to become the largest decarbonization project in Europe by converting it to use sustainable biomass instead of coal.

The development of the “satellite” pellet plants is part of Drax’s strategy to increase biomass self-supply to five million tons by 2027, improving supply chain resilience while reducing pellet costs.

“Through this investment, Arkansas will play an important role in combating climate change, supporting Drax to increase the amount of sustainable biomass we produce as part of our plans to pioneer bioenergy with carbon capture and storage. By using sustainable biomass, we have displaced coal-fired power generation, reduced carbon emissions and provided renewable electricity for millions of homes and businesses in the UK.”

The Leola “satellite” pellet plant is expected to produce around 40,000 metric tons of sustainable biomass pellets a year. Drax will also utilize the sawdust and other dry residual materials, which are by-products created when timber is processed, at West Fraser’s facility.

“Drax’s ambitious company vision combined with the renowned tenacity and loyalty of Arkansans make this partnership an excellent match,” Gov. Asa Hutchinson said. “I am confident that this investment will benefit both the company and our communities for years to come.”

By co-locating the pellet facilities with sawmills, Drax will benefit from lower infrastructure, operational, and transportation costs.

“Each of these three Arkansas communities will be uniquely impacted by today’s announcement,” Arkansas Secretary of Commerce Mike Preston said. “Families in different regions across the state will experience new opportunities and their communities will experience continued growth because of Drax’s investment. I congratulate Drax on this exciting news and look forward to the ways that Arkansas will be influential in accomplishing the company’s mission to provide renewable electricity for millions of homes and businesses.”

Reducing the costs of its biomass supports the renewable energy company’s world-leading ambition to be carbon negative by 2030 by developing bioenergy with carbon capture and storage (BECCS). This vital negative emissions technology could permanently remove millions of tons of carbon dioxide from the atmosphere, while producing the renewable electricity needed to decarbonize global economies and address the climate emergency.

Drax owns and has interests in 17 other pellet plants and development projects across the U.S.  and South and Western Canada.

The company will host job fairs to recruit for positions at the Leola site later this month.