Monday, 07 January 2019
0
Robin Whitlock
The audience of the YouTube Clean Energy & Electric Vehicle channel Fully Charged has responded positively to a survey conducted by the programme, which found that nine out of ten plug-in car drivers would never go back to driving a petrol or diesel vehicle.

The poll by Fully Charged is the most comprehensive Clean Energy & Electric Vehicle survey ever conducted, receiving more than 7,700 responses to its first audience survey and finding that around nine out of ten plug-in car drivers would never go back to petrol or diesel. The 50-question study illuminated consumer attitudes to the array of technologies that are set to dominate the next decade.

Robert Llewellyn's Fully Charged channel has been running for 8 years and 380 episodes, making it the World’s No.1 Clean Energy & Electric Vehicle channel.

“I have been banging on about Electric Cars, Solar Panels and Batteries for the best part of 10 years, so it’s incredibly gratifying to see the excitement that our viewers have for all things cleantech” said Robert Llewellyn, former presenter of Channel 4's Scrapheap Challenge and star of BBC's Red Dwarf. “Having experienced how impressive electric cars are, we were not surprised to see so many other drivers saying that they won’t go back to the combustion engine, but it might shock those that have yet to switch. Perhaps, more surprising was that two-thirds of our audience who are yet to buy an EV intend to do so in the next 2 years.”

According to the survey 56.89 percent of the Fully Charged audience that do not yet own an Electric Vehicle, intend to acquire one by the end of 2020, with three quarters planning to purchase a pure Battery Electric Vehicle (BEV), as opposed to a Plug-in Hybrid (PHEV). This, combined with the fact, that ‘the shift to Electric Vehicles’, means that 87.67 percent of respondents could ‘choose a different brand to those that they have historically preferred’, might cause concern amongst those car companies that are yet to offer a credible line-up of all-electric models.

Furthermore, the principle issue that has held consumers back from buying an EV to date is neither the lack of attractive, available options, nor the lack of charging infrastructure, rather it’s the perceived cost of new (33 percent) and used (14.9 percent) Electric Vehicles. This is in spite of the fact that, as a result of their much lower running costs, EVs are increasingly competitive over the Total Cost of Ownership (TCO).

While the Fully Charged audience typically has a high proportion of ‘early-adopters’ with an almost equal interest in EVs (88.67 percent) and Clean Energy/Renewables (88.61 percent), the survey shows that they are more interested in new technology itself, than the problems those technologies might mitigate against, such as Air Pollution (39.83 percent) and Climate Change (44.39 percent). Attitudes to home energy reveal that of those considering a new energy supplier, 68.91 percent intend to switch to a ‘green energy’ supplier and 83.74 percent are interested in ‘new energy technologies’ not least Solar PV, Batteries, Smart Controls, Heat Pumps and Vehicle-to-Grid. 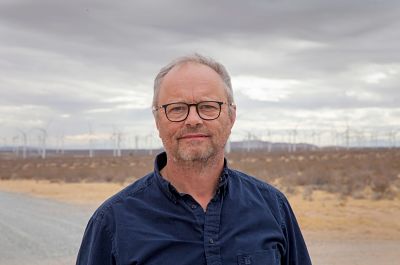 “We've always maintained that simply because they are better technologies, Electric Vehicles and Renewables will become mainstream” said Robert. “And this is borne out by our survey. It’s the cars in particular that are starting to turn heads, and having driven all of them from the Tesla Model 3 to VW’s hotly-anticipated I.D., I can honestly say that there’s a really cool choice of Electric Cars for almost every budget. At Fully Charged, we’re working hard to help consumers understand how easy it is to live with Electric Vehicles and how the experience is even better if you can power them with Clean Energy.”

In addition to its fast-growing global audience on YouTube, Fully Charged is also bringing its Fully Charged LIVE show back to Silverstone on 7th, 8th and 9th June, and is looking to replicate this hugely successful format in North America at the Circuit of the Americas (Austin, Texas) later in the year.

Fully Charged is viewed by a highly-engaged, global audience of around 1 million consumers and averages around 2 million episode views each month. Hosted by television presenters Robert Llewellyn, Jonny Smith and Maddie Moate, the show’s informative, entertaining take on the future of energy and transport has inspired 60 percent audience growth in the last 12 months alone. As interest in low-emission vehicles and low-carbon technologies has started to soar, so has the channel's popularity and the Fully Charged LIVE exhibitions (UK and USA) are ready-made routes to market for businesses targeting end-users of their products.

Fully Charged LIVE takes place at Silverstone on the 7th, 8th & 9th June and is anticipated to attract at least 10,000 consumers. The North American show is set to debut later this year at the Circuit of the Americas, Austin, Texas.