Thursday, 26 July 2012
0
REM
The French government has unveiled a plan to shore up the country's struggling auto industry that includes raising subsidies for electric and low-emission vehicles. 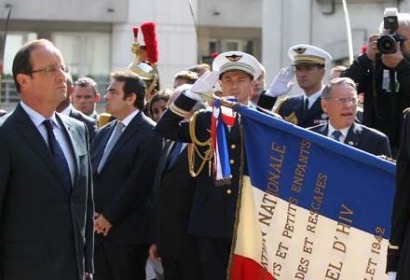 As if underscoring the need for fast adoption of the package of measures, the proposal was unveiled on the same day that PSA Peugeot Citroën, the biggest of France’s two major carmakers, reported a €819 million loss in the first half of the year.

Speaking with the Financial Times of London, Arnaud Montebourg, France's industry minister, said the plan would herald the "renaissance" of the French car industry.

"People say it doesn’t have a future, but it has the future that we will give it,” Montebourg told the newspaper.

The package focuses on stimulating smaller car segments, a market in which PSA Peugeot Citroën and Renault are seems as having a competitive advantage over foreign rivals.

To pay for the subsidies, the government is banking on revenue generated from extra charges of high emission vehicles.

But it isn't acting completely altruistically.

Going forward, the government is demanding commitments from the automakers that they will continue to build their cars at existing facilities in France and that they source components for their electric and hybrid vehicles from local suppliers.

The government of France