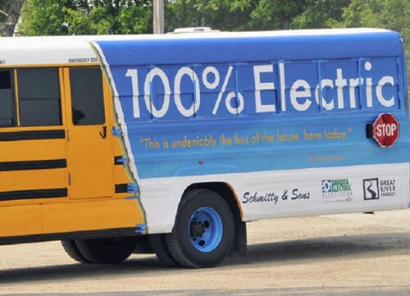 The poll findings are released as Congress considers a major infrastructure package, including a proposal to invest $20 billion to transition one-fifth of the country’s school buses from diesel-powered vehicles to electric, zero-emission buses. The findings also come on the heels of President Biden’s remarks on his Build Back Better Agenda calling for the immediate transition to healthier school buses.

“Close to 25 million kids ride to school every day on diesel-powered school buses that emit millions of tons of pollution per year,” said American Lung Association National President and CEO Harold Wimmer. “All children deserve to travel to and from school safely, without inhaling dangerous exhaust fumes. The toxic pollution in diesel exhaust can harm children’s brain development and respiratory health.”

The nationwide support for zero-emission buses aligns with state-level polling results. In Arizona and Georgia, majorities of voters (69% in Arizona; 64% in Georgia) support the transition to zero-emission buses. In West Virginia, a majority of voters (60%) agree that it’s important to invest in electric vehicles, like buses, in order to reduce the impact of harmful pollution on children’s health.

Key findings from the poll include:

“Support for the transition to zero-emission buses is overwhelming and broad and remains robust even after voters heard simulated arguments from both sides,” said Andrew Baumann, Senior Vice President at Global Strategy Group.

“The transition to zero-emission school buses is a smart investment that will not only improve children’s health, but can also save school districts money in the long-term. The proposed $20 billion investment is critical to jump-starting this transition,” said Wimmer. “Congress and the Biden Administration should continue to prioritize funding for zero-emission school buses as part of the infrastructure package. Our children deserve no less.”