Tuesday, 16 April 2019
0
REM
The European Investment Bank and Aena will be working together to improve the environmental impact of Spanish airports. Under the finance contract signed by EU bank Vice-President Emma Navarro and Aena Executive Director Maurici Lucena in Madrid, the EIB will grant an €86 million loan to the company. 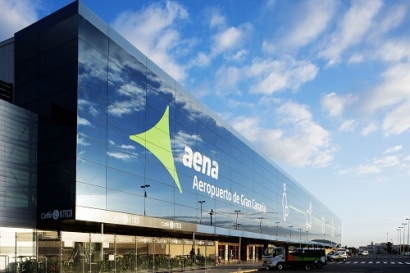 This contract was made possible by the European Fund for Strategic Investments (EFSI), the main pillar of the Investment Plan for Europe that makes it possible for the EIB to provide financing on favorable terms to support investments whose structure or nature means that they contribute to boosting economic growth and employment. In this case, the EIB-financed investments will facilitate the creation of 635 indirect jobs during the project's implementation phase.

The credit line will be available for use by Aena for the next two years and will enable it to finance 75 percent of the investments set to improve energy efficiency and promote the use of renewable energy in Aena's network of 46 airports and two heliports across Spain. These investments are planned in the Spanish Airport Regulation Document (DORA) 2017-2021.

In concrete terms, the EIB's Juncker Plan financing will make it possible to replace airport lighting systems with low-energy alternatives, optimize thermal insulation in terminals and renovate ventilation systems and boilers. In addition, the creation of a solar photovoltaic plant for on-site use is planned in Madrid – generating 13 600 MWh of clean energy a year and avoiding the emission of 2,980 tonnes of CO2 – as is the installation of around 2,700 electric vehicle recharging points in the network's car parks. All of these improvements will help cut the CO2 emissions of Aena airports by an estimated 30 percent taking into account expected air traffic.

At the signing ceremony in Madrid, EIB Vice-President Emma Navarro highlighted “the importance of this agreement for reducing the environmental impact of Spanish airports while simultaneously fostering economic growth and jobs. The investments the EIB is supporting with this financing are in line with one of our main priorities: climate action. This action brings real benefits for our economy, in this case by helping Aena airports – which welcomed over 263 million passengers last year – to access the latest energy efficiency and renewable energy technologies.”