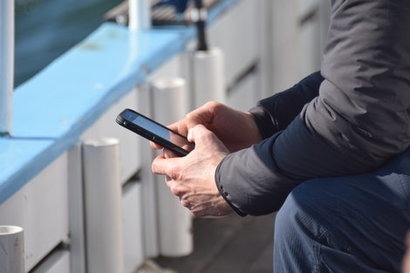 Drayson Technologies has developed new technology that will enable electronic devices to be powered by ambient radio frequency (RF) energy. The technology was launched in September 2015 with the first organisation to be granted a Freevolt licence from the company was PA Consulting in December 2015. PA Consulting will work with Drayson Technologies to unlock the technology for devices across the consumer, business and healthcare markets.

The Freevolt harvester device is the first viable power source of its kind. It absorbs energy from multiple RF signals, including Wi-Fi, 2G, 3G, 4G and digital broadcasts, enabling low energy devices such as sensors, beacons, security tags or wearables to be perpetually powered or to vastly extend the time between battery changes or charges. In doing so, Freevolt will unlock versatile new applications for low energy Internet of Things (IoT) devices, which will no longer require a charging cable and can be hermetically sealed.

The first commercial application of Freevolt, called CleanSpace, is a personal air quality sensor created by Drayson Technologies with support from PA Consulting. The sensor sends the data it collects to a mobile phone via Bluetooth. The company started shipping it to customers in December following receipt of at least 3,000 pre-orders. PA Consulting will seek to extend the number of Freevolt applications as it works with an extensive list of global partners and clients to explore ways in which Freevolt technology can be integrated into devices across consumer, manufacturing, security, healthcare, transport, logistics and life sciences markets.

“For designers and developers, Freevolt offers a totally new approach to powering the Low Energy Internet of Things” said Lord Drayson, CEO, Drayson Technologies. “Since the launch at the end of September, we have been inundated with requests from thousands of leading technology companies and innovators to become part of our developer programme.”

Frazer Bennett, technology expert, PA Consulting Group added that the launch of the CleanSpace Tag was the first step in bringing Freevolt technology to prominence and that the company will continue to be at the vanguard of Freevolt applications.

“It’s been recognised since the 1960s that such networks have energy that goes to waste that can be used to power devices” Lord Drayson told The Times recently. “It’s never been hitherto possible to do that efficiently enough to actually come up with a commercially realisable product. We’ve made breakthroughs around the antenna design and rectifier and power management circuitry to come up with a technology that can power small electronic devices. It reminds me of when I first met the team of scientists at Oxford working on the PowderJect technology. It’s really cool technology.”

Currently, the device costs £75 and doesn’t need to be plugged into a wall socket. CleanSpace can also help people to travel around without polluting the atmosphere, and has generated about 290,000 CleanMiles so far according to Lord Drayson. CleanMiles can be exchanged for various rewards and therefore acts as an incentive for people to think carefully about travelling around in an environmentally-friendly manner.