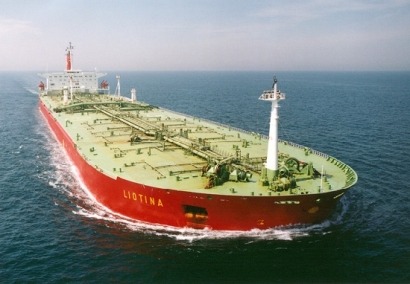 Several international maritime associations have launched a system to reduce shipping emissions by moderating the speed at which ships arrive to a port when a delay is envisaged. The system known as "Virtual Arrival" has been developed with the support of the European Union (EU) and aims to reduce emissions by 40% in 2050.

In the past, shipping operators have always taken a 'hurry up and wait' approach, whereby vessels would go full steam ahead to meet a pre-arranged schedule, which often resulted in vessels arriving early and having to moor up at port to wait for berthing slots.

The Virtual Arrival process, however, analyses weather patterns and uses algorithms to calculate and agree a notional vessel arrival time, so that ships arrive 'just in time'. It involves a system that connects ships with their port of arrival enabling them to be slowed down when there is a delay to ensure they do not arrive before their allotted slot. This new approach reduces bunker fuel consumption and emissions, while easing congestion and enhancing safety.

Furthermore, waiting time compensation, or what is known as 'demurrage', is calculated as if the vessel had arrived at the originally stipulated time, hence the name Virtual Arrival. After the voyage, any savings in bunker costs or carbon credits are calculated and shared between the counterparties. Aside from the cost savings, Virtual Arrival could also reduce greenhouse gas emissions by millions of tonnes if adopted widely.

In a recent article in BP’s magazine, Garry Hallett, Deputy Director of the Oil Companies International Marine Forum, explained that "Virtual Arrival fits in so well with the OCIMF's drive to make shipping operationally smarter, which could avoid the need for unpopular levies to reduce greenhouse gases".

Hallett admits that it will take a few years for Virtual Arrival to find its place in the industry, but forecasts it will be mainstream in less than a decade. "Companies won't be able to afford to operate without it. The bunker price, combined with levies or carbon credits, will ensure that ships have to steam in the most efficient way possible," he said.

The participating oil companies decided to launch the system after verifying that moderating speeds at the time of docking can reduce energy consumption by 27%. Meanwhile, the International Association of Independent Tanker Owners (Intertanko) has emphasised that the goal is not only to reduce fossil fuel consumption now that prices have soared due to the public uprisings in North Africa, but mainly to help reduce carbon dioxide emissions.

European Transport Commissioner, Siim Kallas, stressed that although the maritime sector is one of the most efficient and only accounts for 2.7% of global emissions, it must also make an effort to curb its carbon dioxide emissions. Kallas and his colleague, Commissioner for Climate Change, Connie Hedegaard, have also held a meeting with members of the maritime industry to request that the International Maritime Organization adopt an index on energy efficiency this month to improve the design of ships and reduce their emissions.

Both initiatives respond to the EU’s recommendation to reduce emissions from shipping by between 40 and 50% by 2050 compared to 2005 levels, which in turn is part of the reduction target for all sectors of 20% by 2020.