Friday, 11 May 2012
0
REM
Located in the infamous Ring of Fire, Jakarta is an apt setting for Green Power Conferences’ next geothermal event, which kicks off GeoPower Indonesia & Philippines event just 4 weeks away. Undoubtedly, discussions will turn to why a country such as Japan, as much seismic energy bouncing around as it has, uses remarkably little geothermal power now — only 0.5 GW of its 23 GW potential. 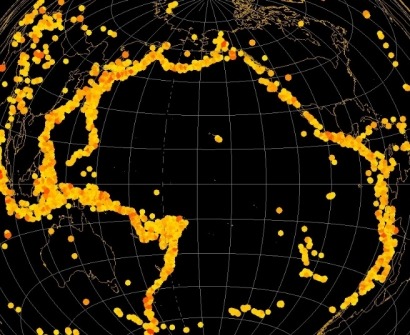 Indeed, the potential of geothermal power has been in the news quite a lot recently, with Iran planning to build a 5-megawatt geothermal power plant that will be fully operational in the next Iranian year starting on 21 March, plans to amend the Hawaii State Planning Act to encourage development of geothermal energy on state and public trust land, and interest growing in Japan to exploit its significant 23 GW+ of geothermal resources in an attempt to stop the gap left after it closed all of its nuclear reactors.

The attendee list for GeoPower Indonesia & Philippines is made-up of the who’s who of the geothermal industry with senior representatives from Chevron, Star Energy, BP, SNC-Lavalin, Siemens, Hitay, Pertamina Geothermal Energy, PLN Geothermal, The EDC, International Power-GDF Suez and Mitsubishi Power Systems amongst the 120 strong delegation. These participants will discuss these issues and other about the future of the industry, and learn from the experiences of developers already active in the region known as the Ring of Fire.

The Ring of Fire has 452 volcanoes and is home to over 75% of the world's active and dormant volcanoes. As well as representing a threat, this seismic activity also presents an opportunity for geothermal developers. Indeed, Indonesia, with the world's highest number of active volcanoes, has the greatest geothermal potential alongside the Philippines and Japan.

Indonesia is already tapping into this resource at its 265 volcanic "hot spots" and is more aggressive developing schemes than anywhere else, led by Chevron, Shell and Tata, as well as Canada's Raser Technologies and Australia's Origin Energy.

Event organiser Green Power Conferences recently spoke to Jan Bartak, Senior Head of Business Development at International Power-GDF Suez and speaker at GeoPower Indonesia & Philippines. “In Indonesia geothermal generation can make a sizeable contribution to the energy mix and limit excessive reliance on polluting fossil fuels.” explained Mr Bartak. “With continuous improvement of the regulatory framework, the pace of development of new projects should accelerate in the next 5 years compared to the last 5 years.”

With plans to aggressively ramp up its geothermal industry to as much as 9,000 MW of installed capacity by 2025, it is no wonder Green Power Conferences chose Jakarta for this year’s GeoPower Indonesia & Philippines conference. Industry observers say that despite the efforts made so far, the Southeast Asian country's government must do more to bring in foreign investment if it wants to achieve the 2025target. With this in mind, it is likely that foreign investors will also be wooed at next month’s event.