Monday, 19 March 2018
0
REM
The Japan International Cooperation Agency has agreed to loan the Government of the Republic of Kenya in Nairobi a Japanese ODA loan of up to 10.077 billion yen ($95 million) for the Olkaria I Units 1, 2 and 3 Geothermal Power Plant Rehabilitation Project. 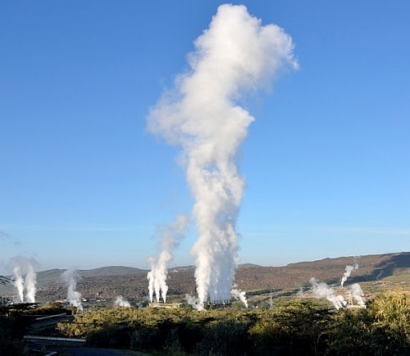 The project will rehabilitate units 1–3 (15 MW each) of the existing Olkaria I Geothermal Power Plant to approximately 51 MW (17 MW each) in the Olkaria geothermal field in Nakuru County in central Kenya.

Moreover, the cost for imported oil used for thermal power generation is a factor in the chronic deficit of the current account faced by the Government of Kenya. It is believed that Kenya has the potential for large-scale geothermal power generation, and the government has prioritized geothermal resource development as a stable method for producing power that is not affected by the weather and that has a low environmental burden.

In the 30-plus years since units 1–3 of the Olkaria I Geothermal Power Plant were constructed, the units have suffered from a lower operation rate and increased maintenance and management costs. By maintaining and reinforcing the supply capacity of the existing power generation facilities, the project aims to contribute to a stabilization of the power supply even as the power demand rises.

The project has an estimated completion date of December 2021.