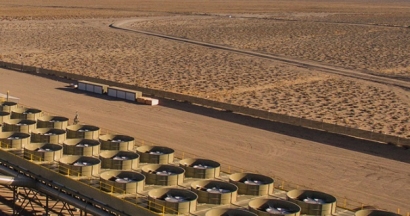 The electricity generated from the Tungsten Solar power plant will be used to offset the equipment’s energy use at the Tungsten geothermal facility, thus increasing the renewable energy delivered by the project under the Southern California Public Power Authority (SCPPA) portfolio contract.

SCPPA and Los Angeles Department of Water and Power (LADWP) enabled this development through their portfolio contract, which sought to maximize the output of their renewable facilities, furthering the transition away from coal power while maintaining a reliable power supply for Los Angeles.

“Our first hybrid project provides a roadmap for future expansions, as Ormat continues to transition from a leader in geothermal energy to a leader in the broader renewable energy sector,” said Isaac Angel, Ormat’s CEO. “We leveraged our expertise to expand the capacity at minimal cost, providing consumers with additional renewable energy.”

Ormat has 584 employees in the United States and 762 overseas. The company has engineered, manufactured and constructed power plants, which it currently owns or has installed to utilities and developers worldwide, totaling over 2,900 MW of gross capacity.