Electric Vehicles in Asia: An interview with Shrish Pant from MarketsandMarkets 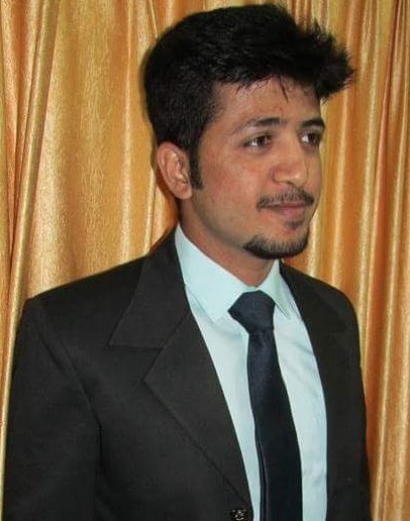 The electric vehicle (EV) sector has seen a staggering growth in the last half decade with governments and other organisations making strident efforts to establish EV infrastructure. In developing countries, the growth of the EV market has driven mainly by society, encouraging governments to incentivise the sector in order to promote sales and creating the conditions in which businesses can develop and increase their use of EVs and build the required charging infrastructure. This process has also been driven in India and China by governmental attempts to control pollution, cut oil imports and compete for a slice of the expanding global EV market.

Can you give a bit of background about yourself and the company?

Markets and Markets is a Market research and business consulting firm that is located in the US and tends to two intelligence centres, one is in Europe and the other in Pune, India. The research teams publish market research studies and investigative market research and also acts as a business consultancy in various industrial domains, there being about 10-12 domains out there. Each research team specialises in one certain domain and we have about a thousand industry analysts that track different kinds of industry verticals and sub-verticals. I work in a team of senior analysts in the emerging power consultancy team here. In emerging power we track markets related to oil & gas, power utilities, water utilities and renewable energy, also things associated with that such as battery technology and electric vehicles. We also have an automotive team based here which also functions in tandem with these kind of topics.

The major hindrance to EV adoption is the battery costs. Lithium ion batteries are primarily the major driver, particularly for cars, in that they are getting cheaper at a very significant rate, especially the lithium phosphate technology which is primarily what Chinese manufacturers are making here. The costs for this technology has fallen cumulatively 30 to 40 percent in the past 3-4 years, and this has given a boost to EV adoption, in Chinese markets primarily. Previous to that, there was some early adoption in India and China and some South East Asian countries, I am excluding Japan here because that is a totally different case, with electric two wheelers and three wheelers, but not primarily cars. That is a big segment in Asian countries that many people try to ignore, I would say because many people translate EV topics into cars only.  The Indian Government in recent years have set up an agent focused on selling only electric vehicles by 2030 which is a bold ambition, but I would say that it is giving a very positive signal. There are some regulatory changes that we are also seeing, for example in India you don’t see much electricity being sold through an electric charging station to regular customers. The Government is trying to change this so that they can set up these charging stations at different places and sell electricity to people, which is not the case now. As an overview, I would say that what you will see over the next 3-5 years is that growth will be led by China, with some progress in South East Asia and India.

Which countries would you say are at the forefront of EV growth in the region?

Within the APAC region, certainly Japan is one, primarily led by automotive manufacturers like Nissan and Toyota. They have also been investing in hybrid technology there and also in battery-only electric vehicles. Apart from Japan, China is definitely one country where, in the last 2-3 years, electric vehicle sales have shot up with growth expected around 20-30 percent, even more than that in coming years maybe. In China, the Government is helping by setting up the infrastructure initially, assisting the industry. This is again something that India is trying to replicate, but it will take the next 4-5 years to do that. Apart from that, there are some interesting signs in Indonesian and Malaysian markets where Chinese players are mostly active, and Vietnam also, for two wheelers primarily. Electric two wheelers are gaining traction a lot.

What kind of incentives are available to stimulate growth?

In China, the fall in costs for lithium ion batteries, driven by economies of scale and tax incentives given by the Government, with a tax rebate of 10-15 percent given to manufacturers to increase adoption. In India, you buy your vehicle and then you go to the Ministry for New and Renewable Energy (MNRE) which gives you 30 percent of the upfront cost. In South East Asian countries, they are setting up incentives for local battery manufacture there, although it has not been taken up that much. Even in India, the manufacturing for batteries is not there. Most of the batteries for EVs in India are manufactured in China. I would also add that India, up until now, has had a very complex tax structure where the imported product in its full form, tax such as 3 percent excise duty is added. India is trying to encourage Chinese manufacturers to set up plants here.

How achievable is the Indian plan for 100 percent electric vehicles by 2030?

I’ve already looked into this and discovered it’s a statement by a Minister and so is not an actual policy as yet. India also has a policy focusing on improving the acceptability of electric vehicles. I would say 100 percent electric vehicles by 2030 would be very over-ambitious, but you could see 20-30 percent of new sales coming from EVs by that time, because traffic pollution is a very big problem here. There are some regulatory bodies attempting to phase out sales of diesel cars and trying to restrict the sale of petrol cars as well. In the next 4-5 years, these restrictions are supposed to get more stringent but rural adoption is not even going to be there in the next 15 years. There is no country, other than India, in the region that have mentioned a 100 percent commitment, but in China the country functions along the lines of “Well, let’s see if we can do more” so growth and acceptance will be more prevalent in China than any other country.

Apparently, India’s push for EVs is closely bound to its drive for solar energy, can you say a bit more about that?

Many people say about China that the push for EVs is going to take centre-stage, but in India the Government of Mr Modi has accelerated many interesting projects, not only in power but also in road transportation. In renewables, India had 3 GW of capacity by 2014 and has added some 4-5 GW yearly for the next two years, so double the capacity in 2015 and so the acceptance of renewables in India is growing at a very huge pace, particularly solar, compared to EVs. Wind is struggling a little bit but there is growth in that sector also. The tariff for renewables is going down, currently 2.44 rupees per kilowatt hour, roughly 6 pence, very much below the level given to the coal fired plants that have been coming through over the last 2-3 years, for which the tariff is almost double. So adoption of solar is not something that is driven by incentives these days but more by economies of scale. Solar is growing faster than EVs over the next 4-5 years.

MarketsandMarkets provides quantified B2B research on 30,000 high growth niche opportunities/threats which will impact 70 percent to 80 percent of worldwide companies’ revenues. The company has around 5,000 customers worldwide, including 80 percent of global Fortune 1000 companies, with around 75,000 senior executives across eight industries worldwide approaching the company for advice around revenue and investment decisions.