"Green conversion is best insurance for the future of Denmark Plc."

Monday, 20 February 2012
0
Toby Price
Denmark is presiding over the European Union during the first half of this year. Renewable Energy Magazine therefore caught up with Martin Lidegaard, the country’s Minister for Climate, Energy and Construction to find out why and how this Nordic country aims to reach a 100% renewable share by 2050, and how its laudable commitment to clean energy could be an example for other Member States. 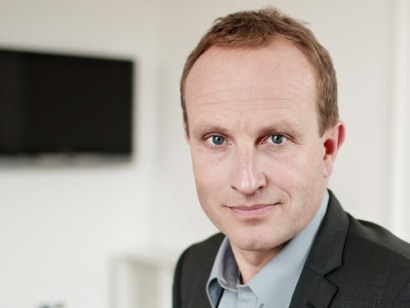 In March 2008, the Danish government appointed a Commission on Climate Change, which consisted of ten scientist, each possessing special knowledge in the fields of climate, agriculture, transportation and economics. Six months later, the Climate Commission presented its suggestions as to how Denmark can phase out fossil fuels in the future.

Subsequently, the Danish government presented its energy policy towards 2050 in 'Our future energy' and provided a follow-up to the suggestions made by the Commission in its Energy Strategy 2050 in February 2011. It is the Danish government’s target that all Danish energy supply is to come from renewable energy in 2050.

Last month, Luis Merino, co-founder of Renewable Energy Magazine, interviewed Martin Lidegaard, the Denmark’s Minister for Climate, Energy and Construction, to find out why the country had set this challenging target and how the country could encourage other Member States to follow its lead during its current presidency of the European Union.

So far, only organisations such as Greenpeace have proposed setting a date for an energy model based on 100% renewable. Denmark is the first country to do so. Have you thought this through properly?

We are comfortable with green issues in Denmark and we know how to make it a business. Denmark's ambition of becoming a country that is 100% sustainable from an energy perspective is therefore not just a question that has to do with climate change. It is also a way of securing the future of the Danish economy. Four years ago, Denmark established the Climate Commission, composed of independent experts, to discuss how to undertake the conversion to renewable energy.

Their conclusion was clear: it can be done, and would not cost more than it would to do nothing. In fact, it may be cheaper in the long term. We are currently experiencing an explosion in both the demand for and price of fossil fuels. Meanwhile, oil and gas reserves are concentrated in fewer and fewer countries. I am therefore firmly convinced that the green conversion is the best insurance for the future of "Denmark Plc.". Not only do we ensure against the risk of fluctuating energy prices, but we can also strengthen the industrial sector’s conditions for exporting green solutions around the world to the benefit of our economy while reducing our emissions of greenhouse gases. There are many benefits at a reasonable price.

Has Danish society assumed the fact that using renewable energy has its advantages? Has society itself been the one to call for these measures from politicians? What do Danish citizens think of this change in energy model?

Denmark has a long tradition of having a progressive and green energy policy, no matter the political colours of the different governments. In this sense, there has not been a sudden or significant change in energy policy by the current government. We are a bit more ambitious than the previous government, but many of the tools we use are the same, and have been in recent years. This also means that there is broad support for this transition, both from the public and from the business sector. The division in opinion, therefore, is more about the speed of change that should be adopted and who should bear most of the burden.

How have companies with stakes in conventional energy sources such as coal, gas and oil reacted? In Spain, for example, their leaders constantly attack renewables, arguing that boosting the renewable energy share would dramatically increase the cost of electricity.

It would be more logical to ask the companies themselves. However, in general, the Government's view is that investments in the green transition will increase the chances of Denmark gaining a technological edge in the future.

This is also the case in national energy companies, which will continue to be necessary. Many Danish companies already maintain a position of global strength in several technology areas in which both Denmark and the rest of the world want to invest in the coming decades in order to use energy more efficiently and produce renewable energy. An ambitious but also realistic transition will reinforce these positions of strength. The transition will boost the national market for green solutions and promote technological innovation and research. By exploiting these opportunities, one can also create new green jobs across Denmark.

Following the Copenhagen climate summit in December 2009 and the last summit in Durban, climate change seems to have disappeared from the political agenda. Do you have that perception? How does the Danish government intend to manage the climate crisis?

Denmark continues to play an active role in international climate negotiations, but for me it is also clear that the UN route, as is the situation now, does not appear to be the unique solution to the climate crisis. We need countries, cities and regions to take the lead and show that following the green path is not only better for the environment, but that losing our dependence on fossil fuels and saving energy also makes sense, economically speaking. This is where Denmark aims to lead by example. We are confident that investments in renewables and energy saving are the way forward, not only for the sake of the climate but also with regard to our macroeconomic situation in 10, 20 or 30 years’ time.

Fortunately, we share this perception with an increasing number of countries, cities and regions. I therefore expect that in the next few years we will witness a bottom-up movement that will have significant positive effects in the fight against climate change. My expectation is also boosted by the fact that this year [referring to 2011], global investments in renewable technologies exceeded investments in traditional fossil fuels for the first time. It shows me that there is already a shift, although of course, I hope this transition can be made faster.

One of the cornerstones of the new Danish government’s commitment to renewables is the opportunity to become a technology leader worldwide. You already are in wind energy. Can you give us some clues about which areas you intend to develop further?

It is true that Denmark has a strong position in the field of wind energy. This is due to both our innovative companies and policy frameworks that have created stability for investments in wind energy. But it does not stop there. Far from it. Danish companies are also well advanced in the areas of energy efficiency, smart grids and infrastructures for electric cars, to name just a few examples.

Energy efficiency in particular is one area where I see a huge potential in future years. If we look at the Danish example, we calculate that the Danish society will save approximately €930 million in final energy consumption in 2020 as a result of the energy policy proposed by the Government. To achieve this, we will have to spend about €750 million. Therefore, it is a clear benefit to both the competitiveness of companies and to the economies of Danish households.