Investing in the UK: An interview with Ryan Creamer of sPower

Tuesday, 07 October 2014
0
Robin Whitlock
sPower is headquartered in Salt Lake City in the US. Recently it announced a formal collaboration agreement with  London-based Camborne Capital in order to develop and acquire utility-scale solar power projects in the UK which the two companies regard as an important growth market. REM talked to sPower CEO Ryan Creamer to find out more. 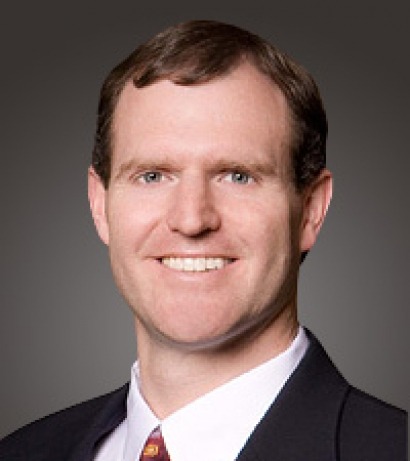 Can you tell me about SPower and what it does, what renewable energy technologies it is involved with and so forth?

Headquartered in Salt Lake City, with offices in San Francisco and New York City, sPower is an independent power producer (IPP) with a deeply experienced management team with more than 20 years' success in energy management. We own and/or operate 130+ utility-scale and distributed generation solar projects and have more than a gigawatt in construction/pipeline.  Our commitment to economical and responsible clean energy development spans solar, wind, hydro, etc.  sPower is a portfolio company of Fir Tree Partners, a leading global investment fund with 20+ years of investing history and $13 billion of capital under management.

What it is about the UK solar power market that particularly attracts you at present?

We believe that the UK will be the biggest solar PV market in Europe with more than 120 large-scale projects approved in 2014 and target completion dates before the April 2015 Renewable Obligation Certificate deadline.  So for our global strategy, the UK is the most attractive European market at the moment with a stable investment climate and a favorable tariff incentive.   sPower’s operating philosophy is entrepreneurial and nimble with sound financial backing and a commitment to environmental responsibility, so we will be able to move quickly to make the most of the current supportive regulatory climate.  It is a great place to do business and an exciting time to be involved in renewables in the UK.

Why did you decide to work with Camborne?

Camborne has been active in the UK solar market for many years having built a reputation for delivering investment quality projects.  So when we wanted an experienced partner in the UK, they were the obvious choice.  The Camborne team has a breadth of knowledge across the entire renewables space and has proven their abilities to deliver projects quickly and efficiently.  The injection of sPower’s development, funding and execution/construction abilities will support and promote Camborne’s growth initiatives.  Ultimately, the solar industry in the UK will benefit from the combined capabilities and focus.

The policy background in a country is always important in order to provide certainty for investors. Do you regard UK policy with regard to renewables as being favourable at present or does the prospect of a looming election worry you?

The UK has provided a solid basis on which the solar industry has thrived and we believe that the change to CFD will allow that to continue.  We don’t view the election as having a major impact given that all parties in the UK have demonstrated their commitment to renewable energy and lowering the UK’s carbon emissions.

Where else are you acquiring solar development projects at present and how do those countries compare with the UK with regard to support for renewables?

We intend to continue to develop and acquire renewables projects in North America and the UK as well as other strategic international markets.  The Camborne collaboration agreement is the first of many strategic initiatives.

What areas of the UK are particularly favourable to you with regard to solar? Is much of your interest focused on the south of the country or are there other areas of interest?

Our targeted portfolio includes projects across a broad area of the UK.  Although the south obviously has better irradiance, lower EPC pricing has meant that we now see projects further north that still provide solid returns for investors.

If you are interested in any projects in Scotland at present, would your interest have continued had the country voted for independence?

We are not currently looking at any sites in Scotland although that may change.  Scotland has been a great supporter of renewable projects, particularly hydro and wind and we believe that would have continued had there been a vote for independence.

How do you think the UK solar sector will develop in the future, and what is your long-term game plan?

We see solar as providing a key part of the country’s move to low carbon energy supply and we expect to see further growth, albeit perhaps at not the same fast pace of the past couple years.  The UK will play a key role in sPower’s international development strategy.

sPower is based in Salt Lake City but also has offices in San Francisco and New York. It is a vertically integrated owner and operator of utility and distributed electrical generation systems but is also proactively buying solar development assets in any stage of development. The company’s land division is seeking landowner partners with whom it can develop sustainable energy projects as well as landowners with existing renewables assets.