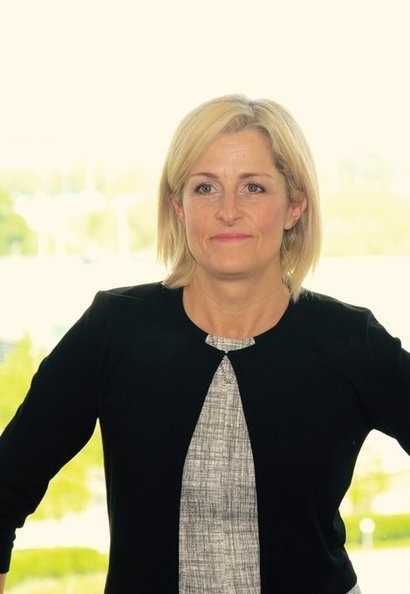 Huawei Solar Europe recently secured market leading status in terms of inverter shipments and was present at Solar Energy UK last week (4th to 6th October 2016). REM talked to Alison Finch, Chief Marketing Officer at Huawei Solar UK to find out what the company is doing and where it’s going.

Tell me about Huawei Solar Europe, its products and its achievements in the UK thus far

Huawei is the biggest privately-owned company in China and in 2015 it made US$62 billion and of that it put about $9 billion back into innovation and R&D last year, so 15 percent of the revenue it made last year. I think that’s a really good way of understanding what Huawei is because I often describe it as less of a corporation and more of an innovation centre. While the company is primarily in China, we also have a presence, currently, in 170 countries. The company employs about 170,000 people in China, of which 79,000 are in R&D. That again emphasises just how much the company sees itself as an innovation centre.

Huawei is a privately-owned company, founded by Mr Ren Zhengfei, who remains Deputy Chairman of the Board, CEO and retains a small ownership. The majority of the companies’ wealth is invested in employees, ensuring they have a vested interest in making it succeed. As a business it is extremely successful, mainly in its foundation of telecoms. Huawei Solar is a natural spinoff from the telecoms heritage given the synergies with base stations, that require inverter technology. When the renewables industry really started to take off, back in 2009, Huawei saw an opportunity to use their technological expertise and apply it in a different market. We’ve been developing inverter technology for the solar market now since around 2009, launching our first inverter in 2013.

We’ve now reached a point where in 2015 we reached 1st place in terms of global shipments, and that is for the total inverter market, including central, residential, everything, with 10.5 GW of inverter shipments.

Bringing that to the UK, I joined Huawei in March 2014, having come out of the solar industry, they brought me in starting as Business Development Director, to set up Huawei Solar in the UK, and we managed to grab the larger share of the utility-scale sector last year.

So, once we move into a market we intend to do very well. Sometimes we take longer to get to market because we have to ensure that the innovation is right, that we believe that what we’re developing is really good for the market, rather than just catching a wave.

What advantages do you feel Huawei Solar Europe products have over other comparable products?

If we look at what we’ve done so far with our inverter technology, what Huawei will do is create a product where we can certainly make it cost-effective, with economies of scale. If you take the first series of inverters we brought out, which was a range going from the 8KTL to the 28KTL, all of those inverters were built within the same box, where possible, with all the same equipment inside. So you get economies of scale there and also a lot of the technology within it is based on innovations we’ve done in the telecoms industry and also using the same suppliers.

Also, if you look at the innovations, taking for example the reliability figures on our inverters, looking at the accumulated failure rate since we began shipping inverters, it’s at 0.35 percent, which is best in class. That’s accumulative over those years, not a yearly figure. We build things to last. We build them with no external moving parts and no external fans, so if you put the inverter into a desert or Mongolia or somewhere with high salt and mist, they’re not going to clog up, they don’t get sand in them, they won’t break down.

So, from an operations and maintenance point of view they are a very effective that you install it and leave it and it runs during the lifetime of that power plant. We have a really reliable product with a very bankable company, that’s in it to last, that is truly innovative in what it puts together. And that innovation carries on because we keep putting that revenue back into R&D the whole time. So I think we generally invest at a level that is higher and thus we can offer the best reliability. Our latest product is our I-V Curve Diagnosis, which is brand new on the market, no-one else can do it, which definitely helps to get the highest yields out of a large utility plant. 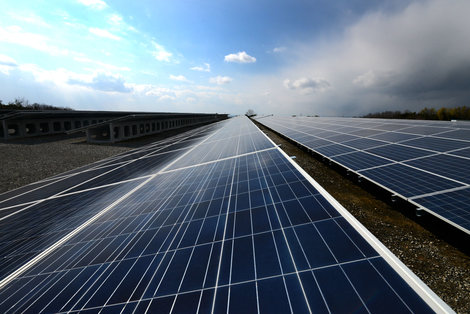 Is there a particular product you are promoting at Solar Energy UK this year?

We are promoting our entire range, but really we look at it much more as promoting our smart PV solutions, than as promoting a solar inverter. In terms of what we are promoting at the moment, I would say that one of them is our 60KTL that is coming out in Q2 next year. That will be capable of working at 1,500 volts. The benefit of that is that you can get more panels in a string, more efficiency, and particularly in the UK market where, with the subsidies reducing, it is a lot harder for us to get return on investment. We’re very much working with our partners to try and get grid parity solutions, and then the market can take off again. Having something like the 1,500 volt inverter is a way to do that.

The other one that we are promoting is our residential smart PV solution, which will also come out in Q2 next year. There are some interesting features, which are unique to Huawei at the moment. Quite a lot of them we will try to link to battery storage of course. Rather than linking the battery storage after the inverter, where it’s converted to AC and then you have to convert it back to DC, we’re putting the battery storage in when it’s DC to DC, so you get efficiencies with doing that. It will also be able to work with optimisers. The really interesting part is when you look at the smart home hub and the energy management system we’re putting with it, so you can really utilise all the energy produced in an efficient way.

The third thing is the I-V Curve Diagnosis I mentioned before. That’s really for the utility-scale sector. At the moment, on a utility-scale project, usually an investor will stipulate that the system and the panels need checking. What Huawei has brought out, which is unique to the company, is this I-V Curve testing, which will happen remotely through our smart logger system, so someone can be sitting in a control centre and they can monitor every string daily, analysing all of the solar park, all of the time. It can diagnose 21 faults, including if there is a string that’s been disconnected, or if there is a hot spot, or shadowing or so on.

I could also go on about internet of energy and digitalisation, because that’s what’s coming up and is really exciting, but these things [just mentioned] are the three things that we’re promoting at the exhibition.

What’s your feelings about the state of the UK solar market at the moment?

I’ve been working in the solar market since 2010 and I’ve seen it go through it’s rollercoaster of Feed-in Tariff (FiT) cuts, some of them have got me thinking “well, what next?” and “how do we handle this”, but the UK market is maturing. The government has given it lots of support which has allowed it to do amazing things, so there was 20 GW in Europe, and so Europe and the UK has trailblazed with solar and there is a lot of expertise here. I think we are again going through a challenging phase and the question we have is what are those challenges and how do we overcome them? We are very committed to the UK market and to Europe. How do we get to grid parity? I think we’re looking at cost-reduction, new efficiencies, which we’re doing with our partners, so it’s a bit like business-as-usual really. I mean when was the solar industry not challenged? So we’re carrying on supporting our business and supporting the industry out of Europe.

For example, two weeks ago we announced a manufacturing module in Eindhoven which allows us to reconfigure inverters there, to make them the right size so we can get the right product out for the customer, in a very lean amount of time. That shows our commitment to Europe.

The UK has been a great place, I am very optimistic when I look at the UK. We have a tough year ahead but the market will survive, it has to survive because any market which is mature will realise that solar is part of the mix. I think it will carry on like that, but all markets are in a state of flux, it’s always going to be like that and it’s part of what we manage.

How do you think Brexit will affect the UK market?

I think Brexit is another of those perturbations that we all deal with in all markets.

What is HS long-term aim over the next few years?

I think the really interesting thing, where Huawei is really able to trailblaze, is Internet of Energy. Internet of Things (IoT) is talked about a lot, it is very trendy and people understand it, but Internet of Energy is really up and coming, for people to look at energy sourcing, generation, and how the internet is going to affect that, we’re looking at a smarter, greener, economy, globally. That is what we need to do at the end of the day. We’re really well positioned to go into that market with our expertise and the knowledge and therefore help the global population to use energy efficiently. A lot of it is about the digitalisation of energy. With the advent of the Internet, it’s not about A to B anymore, it’s about A to D to C and back to A again. We’re in a completely different environment now. If we took a 100 MW solar park, in order to build that you have just over 20,000 strings and 3,000 inverters but to go down into the detail of that you have 40 kilobytes of data per second per string that you can utilise to make it more reliable with better yields. When you are talking about big data mining like that you have to have the expertise in order to digitalise it and use that energy in a very real time way. It’s a very exciting era that we’re entering. The utility companies are interested in it, as it’s really about local generation from sustainable sources, storing it, despatching it to where it’s needed. Huawei is more broadly going to be involved with the Internet of energy.

Alison Finch spent a decade working for the American Mars Corporation at the start of her career, followed by a stint in Australia, before joining the Chinese Telecoms Giant, Huawei in March 2014 to launch the Smart PV Solution in the UK. By March 2016, Huawei had achieved the top position in terms of market share in the UK ground mounted solar sector. Huawei Solar Europe has been operating in Europe since 2013 and now has six regional sales and service support teams spreading across Europe, with Alison developing and leading a cohesive marketing strategy within the swiftly evolving UK solar industry.