"The US is clearly approximately 20 years behind, but the biogas market is picking up"

Tuesday, 01 February 2011
0
Toby Price
German-born Michael J. Turwitt is President and CEO of 2G-Cenergy. In this exclusive interview, he talks to Renewable Energy Magazine about all things biogas. He believes the potential for biogas in the US is "enormous", and says that while the outlook for 2011 is very rosy, the US needs a new and modern energy law if the sector is to achieve this. 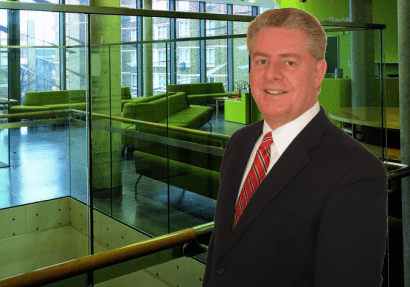 2G-Cenergy, a 2G Group Company, supplies decentralised energy technology and bioenergy solutions for electricity and heat generation. It is the United States and South American headquarter of 2G Bio-Energy Technology Corporation (2G Bio-Energietechnik AG), which is one of the largest MAN, MWM, and Jenbacher OEM manufacturers specialised in Combined Heat and Power (CHP) systems.

The company’s advanced 2G BIO-TEC energy generation technology utilises a variety of biogases derived from the fermentation process (anaerobic digestion) in natural biodegradable materials to generate electricity and heat using a fuel that is both efficient, and provides many economic benefits.

Manufacturing biogas, natural gas, sewage gas, landfill gas and specialty gaseous fuel CHP systems requires more know-how than just packaging a conventional standard gas engine, and 2G is known for producing some of the world’s most advanced and efficient cogeneration modules. It also has a decent track-record, having installed more than 1,500 power plants around the world. For example, 2G-Cenergy recently received an order for a biogas-fuelled CHP plant to be installed in Oshkosh (Wisconsin, US) to supply the town’s university campus with electricity and thermal energy. The facility will run off biogas produced by the first dry fermentation anaerobic bio-digester in the nation developed by BIOFerm for the University of Wisconsin Oshkosh, which will convert yard and food waste into biogas.

Firstly, a Happy New Year to you! One of your flagships technologies is the 2G BIO-TEC energy generation technology. Since the company was founded in 2009, how significant has this biogas technology been to your company’s growth and outlook?

Thank you,... and also all the best for 2011 to you as well. Biogas represents a very important segment for our business in North-and South America. For example, comparing Europe, especially Germany, with the US biogas market, you find that North America is right now where Germany was in the 80’s. The US is clearly approximately 20 years behind, but the biogas market is picking up and developing in the right direction. The potential is enormous, and we will see a fast development here, very similar of what happened in Central Europe during the past 15 years. We have seen an extremely positive development in 2010, and the outlook for 2011 looks even better.

Your company prides itself on combining “US creativity and German ingenuity”. I imagine this position stems from your long-standing relationship with Germany. To what extent has Germany’s leadership in CHP and renewables influenced the business decisions you made when setting up the company?

Germany’s leadership position has been a decisive factor. “Made in Germany” has always been a very respected and welcomed fact in the US. American customers are well aware that technologies originated and made in Germany represent quality, durability, reliability, and lots of value. Applying those technologies in a market where a lot more creativity is required,... due to the fact that the US market is much less regulated and more difficult to penetrate,... makes sense. In most US States we don’t have high FIT’s (Feed In Tariffs) that guarantee easy income for the plant operators, like you find in many European markets. Therefore it is of even greater importance to utilize the most efficient and reliable technologies to reduce risk and to make projects work.

Currently there are no US biogas CHP technologies made in the US that are of equal quality, durability, and providing high efficiencies. Consequently it made a lot of sense to us to introduce 2G’s advanced CHP systems to the North American market.

Experts suggest 50% of Germany’s total electricity demand could be provided through CHP cogeneration, while the country aims to reach the 25% mark by 2020. Do you consider this to be realistic? What about in the US? Could the same level of penetration be achieved within the same timeframe?

I clearly believe that Germany has all the potential to reach 50%, and 25% by 2020 is surely realistic. It can be reached by applying a mix of biogas and natural gas CHP cogeneration facilities. Natural gas is widely available and operating highly efficient cogeneration systems on a much wider scale is both economic and the smart way to go.

The US represents equal opportunities. However, it will take a little longer before similar targets can be reached. The North American CHP market is still in an infant stage, but with increasing energy cost we will see cogeneration applied on a much wider scale.

How will the US achive this?

The US needs a new and modern energy law. Congress and Senate are debating various drafts and proposals. Sooner rather than later we will see a new energy bill passing all Government hurdles, signed into law by the President. It’s just a matter of time and priorities, but its coming. The current legislation is outdated and we need a new policy environment where clean and efficient energy’s are actively supported by the Federal Government. It is extremely positive to observe that in the absence of such new federal energy bill, most Government agencies have started to actively support green & clean energy, including CHP, and we see a lot of activity on State level. Individual States made decisions to move forward, including the introduction of FIT’s (Feed In Tariffs) and incentives for CHP cogeneration.

Germany is also a leader in biogas power generation with 4,500 plants accounting for around 50% of the biogas-fuelled electricity output in Europe. What are the key factors that have contributed to these impressive figures?

According to the numbers I have, including waste water facility anaerobic digestion, and landfill biogas utilization, I believe the total in Germany is exceeding 6,000 and all over Europe you can find more than 10,000 biogas CHP plants in operation. One of the key factors are surely interesting FIT’s and Government incentives. Further I am a firm believer that environmental consciousness and the will to be more energy independent have contributed a lot. Additionally it makes economical sense.

In contrast to other countries where most biogas is produced using organic municipal waste, Germany relies mainly on farms for its raw material. This country has also proven the viability of producing biogas using organic waste from the food industry. Where do you see the US biogas sector sourcing most of its biogas from moving forward? With the number of livestock on US farms running into the hundreds of millions, one could certainly assume that farmers could play a key role in fuelling CHP generation in the future.

Based on the current legislative framework, and in order to make projects financially viable, we see a lot of biogas projects based on municipal organic waste. Cofermentation using various mixed organic feedstock, including food waste, is already well on its way. Many more of those facilities will be build in the future.

Farm anaerobic digestion, especially dairy farm biogas facilities, will increase drastically as well. The potential is endless. US farmers are investigating, visiting farms with biogas facilities in Europe, and there are many projects in the pipeline. More and more US farmers come to the conclusion that with modern advanced biogas plant facilities they can increase biogas yield and efficiency, making their projects financially viable. There is a clear trend towards such modern technologies, especially after having experienced some “home made” anaerobic digesters combined with low-tech gas gensets not really made for biogas, or inadequately designed ones, that don’t really perform well.

There is a lot happening, and the future looks very bright.

The potential for synergies between farming and energy generation are clear. Indeed, the US National Farmers Union has partnered with Biogas USA, North America’s premier biogas event to be held in San Francisco in October. Did you attend last year’s event and if so what were your feelings on where the biogas sector is heading in the US?

There is a perception that Biogas USA is the premier event for biogas in North America. In reality it’s not. There are various other events of much higher importance, and we usually focus on those. 2G-CENERGY also became a member of the US Biogas Council, and we are actively supporting this organization.

Clearly, 2G-Cenergy would benefit from growth in the biogas sector worldwide. Where do you envisage this growth will be focused over the next few years and why?

2G-CENERGY is focusing on the North and South American Markets. Additionally, 2G headquartered in Germany is actively involved in many activities to expand into various other key markets worldwide. There are various “hot pockets” and interesting opportunities in many parts of the world. 2G as a group is 100% committed to utilize all those opportunities.

9. To conclude, as a company, have you made any New Year’s resolutions for 2011 and if so, could you share them with us?

As a company we are following a well defined business plan. 2010 has been a very good year, and 2011 will be even better. One of our main objectives for this year is to build an even stronger foundation to support our leadership position in the US market.