Wednesday, 27 February 2019
0
Robin Whitlock
The effectiveness and long heritage of one of Australia’s most well-established technologies, hydro power,  makes it a perfect partner to complement wind and solar in the country, the Clean Energy Council said in relation to funding announcements this week for the Snowy 2.0 expansion and Tasmania’s Battery of the Nation project. 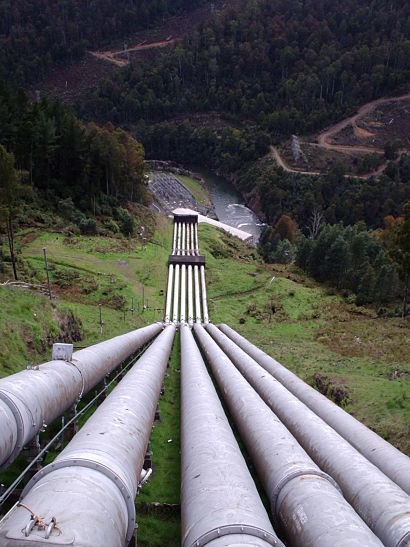 “These pumped hydro projects are tailor-made to work in concert with renewables, but the business case collapses if the government uses taxpayer funds for new coal-fired power plants” said Clean Energy Council Chief Executive Kane Thornton. “A mix of clean energy technologies can now do everything new coal can do – but cheaper, cleaner and more reliably. Studies from our most credible organisations have shown that our power system can run on 50 per cent renewables with minimal investment in additional energy storage. The great news about the Snowy 2.0 expansion and the Battery of the Nation is that they pave the way for much higher levels of renewable energy in Australia”.

Mr Thornton added that both Snowy Hydro and Hydro Tasmania have made huge contributions to Australia’s energy system over many decades, and it is fantastic to see them taking on a renewed role in powering our energy future. However, it is important however that government intervention and funding of investments is managed carefully and transparently to ensure the impact on market dynamics and private investment flow is minimised.

The Federal Government has pledged $1.38 billion in funding and a green light for the Snowy 2.0 pumped hydro expansion this week, along with $56 million for the Marinus Link project which would provide a second cable across Bass Strait to make Tasmania’s renewable energy resources more available for the mainland.

The Federal Government says it will consider underwriting the Battery of the Nation project, while Tasmania’s Hodgman Government will make $30 million available to Hydro Tasmania to refine the number of potential sites from 14 down to three.

Mr Thornton said while federal funding for Marinus Link – matched by federal Labor – would help to make the Battery of the Nation project viable, questions remain about power transmission for the Snowy expansion.

“At the moment we have a very promising project which will need substantial new investment in poles and wires to make its electricity available to the grid when it is most needed” he said. “It is still not clear who will pay for that. The clean energy industry believes it is time for state government like New South Wales and Victoria to step up and help with connecting Snowy 2.0, to ensure that this promising project can move forward and benefit energy users.”

The Clean Energy Council has made a series of policy recommendations for political parties ahead of the Federal Election.